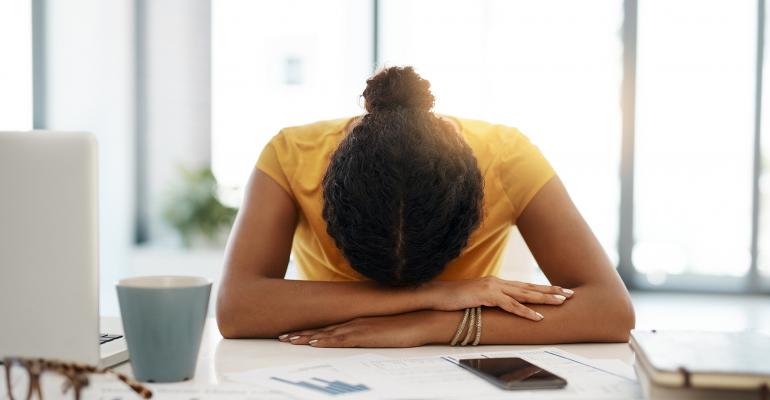 A new research study from London-based Eventsforce says that 47 percent of event planners think they have limited skills to make confident, informed decisions around their event tech investments, despite holding responsibility for it in the majority of organizations. The survey also found that an overwhelming 91 percent of organizers say event tech is an important aspect of their job, but only 48 percent consider themselves to be tech-savvy.

The study, titled “Are Event Planners Struggling with Event Technology,” is based on the views of more than 145 event professionals based in the U.S. and the U.K., representing corporations, associations, government and educational institutions, professional conference organizers, and event management agencies.

Importance of Event Tech in Event Planning
One of the main objectives of the study was to investigate the importance of event tech in the role of event planners and identify some of the challenges they face when managing event technology. The findings show that 46 percent of those surveyed say event tech plays a very important part in their work as an event planner, while 68 percent believe being a tech expert is key for job success. Another 30 percent believe that event tech skills are essential for their career progression.

Despite the importance of event tech, however, only 48 percent of organizers see themselves as tech-savvy. Another 75 percent also struggle to keep up with trends and new products in the market. The results show that conversations with peers and colleagues is the most popular way event professionals try to keep up with event tech (78 percent), followed by industry blogs/news sites (50 percent) and trade shows and conferences (48 percent).

Challenges of Managing Event Tech
The Eventsforce study looked at some of the challenges event planners currently face when managing event tech for their organizations. The biggest issue for 65 percent of organizers is the time it takes to complete the procurement, implementation and integration process of their event technology systems. Other challenges include getting people to use the tech across their organization (54 percent), limited skills to make confident investment decisions (47 percent), and managing the migration process from one system to another (42 percent).

“The challenges of managing event tech are not going to go away for organizers--especially when you look at things like data management, reporting and analytics, and the increasing use of tech tools that help them collect an enormous amount of data on their events and attendees,” said George Sirius, Eventsforce CEO. “Our research shows, however, that organizers don’t necessarily have the time nor skills to tackle this head on--paving the way for a new ‘event technologist’ role in our industry: an event professional whose job is to focus exclusively on all things event tech. Though the requirement of this role can vary from one event organization to another, it is something we are starting to see more of--particularly across agencies and corporate organizations.”

The Future of Event Tech
The Eventsforce study found that 56 percent of event planners see the emergence of a new “event technologist” role in the industry--though 82 percent claim that organizers themselves should be the ones to hold responsibility and accountability for their organization’s event tech investments. The results also show that only 22 percent of organizers are confident that the next generation of event professionals (e.g., new graduates) have the tech skills they need in the job.

The study also looked at some of the new emerging tech that organizers are eager to use at their events in the future. Mixed reality platforms such as AR and VR topped the list at 50 percent, followed by AI-enabled solutions that promote more personalized attendee experiences, such as chatbots and networking tools (43 percent). Others include smart wearables, facial recognition, 5G connectivity and holograms.

See the Eventsforce graphic below:

Most Event Planners Still Struggling with GDPR, Study Shows
May 28, 2019