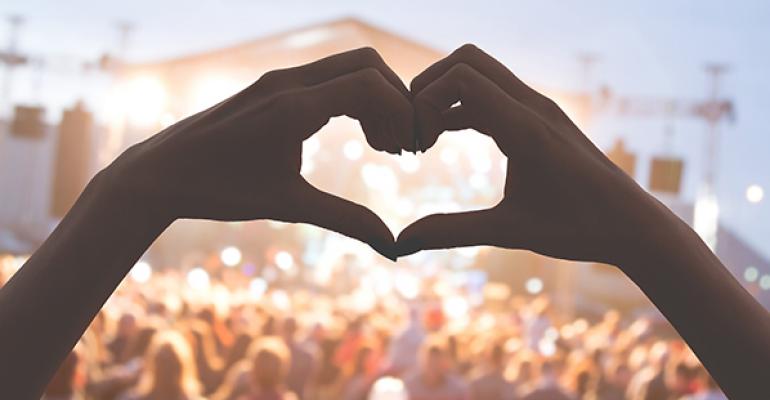 The Desert Trip festival, with its line-up of rock icons, underscores the dramatic growth of music festivals, the L.A. Times says

There have been plenty of jokes about the mammoth Desert Trip concert, which took place last weekend and will repeat next weekend in Indio, Calif. With a line-up including the Rolling Stones, Paul McCartney, Bob Dylan and the Who, the average age of the performers is 72, and these grizzled icons are drawing plenty of well-heeled Baby Boomers. One local reporter, tongue in cheek, urged attendees to stay safe, and avoid accepting a can of Ensure from anyone they don't know.

But as the L.A. Times points out, Desert Trip represents a growing trend in music festivals—they are bigger, more elaborate, and more and more expensive:

Before Goldenvoice introduced the Coachella Valley Music and Arts Festival in 1999 at the Empire Polo Field, music festivals were relatively rare in the U.S.

After an initially rocky start, Coachella’s success triggered a flurry of new festivals across the country. The biggest of them--Lollapalooza in Chicago and Bonnaroo in Manchester, Tenn.--carry a sticker shock more regularly associated with, say, the luxury cruise industry than rock ’n’ roll.

Still, none approach Desert Trip, where capacity is around 75,000 per day, and early tickets sold out in about five hours when they went on sale in the spring.

But it isn’t just the cost that could make this a new model.

The structure of Desert Trip provides a significant new addition to the concert festival picture. Its single-stage, two-act-per-day curated lineup is distinctly different from the 12-hour-plus marathons featuring dozens of acts--nearly 160 at Coachella in 2016--over multiple stages offered at virtually all other festivals  … Los Angeles Times

Riding High: Boom Goes the Drum Feeds a Festival on a Ferris Wheel
May 05, 2016

Q&A on Corporate Social Responsibility in the Festival Industry
Jul 12, 2016