ADVERTISEMENT
From pyrotechnics to atmospherics

Guests arrived at the Artem headquarters for an evening showcasing the award-winning company's physical special effects, from pyrotechnics to atmospherics. Artem was part of the opening and closing ceremonies at the 2012 Olympics and Paralymics in London.

A game guest--dressed in a specially rigged jacket--takes a bullet for the team. Artem awarded a prize for Best Stunt Death.

Other guests have the fun of taking on fake wounds.

And the chilling result!

A lucky few participants went home with their very own face casts, made by the prosthetics division, as well as some gruesome bruises.

A closer look at the process.

The Artem team shows its explosive side. The Artem arsenal includes smoke guns and wind machines.

And the grand finale: The total destruction of a staff member’s car, which was flipped over in the course of the explosion. 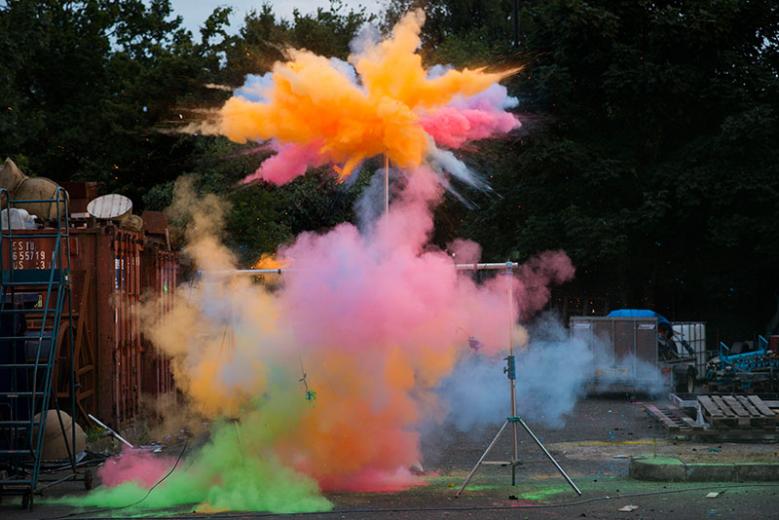