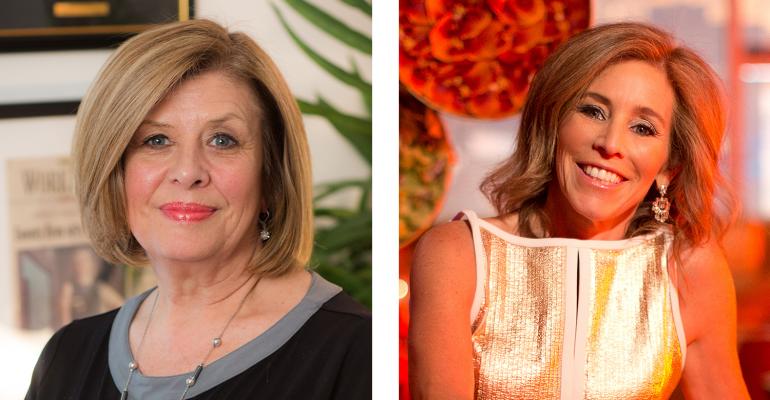 Sally Webb Berry, CSEP, will win for Lifetime Achievement, while Susie Perelman will be recognized for volunteerism.

Special Events magazine has revealed the names of its 2018 honorees for two significant awards. Sally Webb Berry, CSEP (at left), will receive the 2018 Gala Award for Lifetime Achievement, while Susie Perelman will receive the Richard Carbotti Gala Award, which honors the spirit of volunteerism in the special event business.

TSEC delivers live communications through events for a diverse customer base in financial services, technology, education, life sciences, media, manufacturing, sports and nonprofits from its headquarters in Raleigh, N.C. TSEC has produced events in more than 25 countries throughout North and South America, Europe, South America and Asia.

Over the past 30 years, TSEC has won many international awards for its work. Berry’s personal accolades include International Event Producer of the Year, Lifetime Achievement Award from the U.K. chapter of ILEA (International Live Events Association) and Top 50 Women Extraordinaire. She has also received the Steve Kemble Leadership Award for outstanding contributions to the special event industry.

She is a regular lecturer on event management across the globe at industry conferences and universities including Duke University, where she is the recurrent opening weekend instructor for the Event Development Certification Program. Before moving to the U.S. in 2005, she was a founding member and former president of ILEA in the U.K. She is also founder of the Academic Event Professional Conference, which is now in its 11th year as one of the leading professional development forums for campus planners.

In 2012, she became a founding board member of Roger Daltrey and Pete Townshend’s Who Cares: Teen Cancer America nonprofit, which delivers support services and facilities to teen cancer patients throughout North America.

Susie Perelman background: Susie Perelman is the owner of Pittsburgh-based Mosaic Inc. With a bachelor of arts degree from Brown University, she combined her knowledge in design, event products, marketing and communications to launch Mosaic in 2001. The linen and decor rental firm now serves clients across the U.S.

Partnering with an extensive network of event professionals, Perelman and her team have contributed to countless projects ranging from small and intimate to grand in scale. Her philosophy that “collaboration is the key to success” encourages vendors to contribute collectively the whole.

In 2010, she and longtime event rental leader Larry Green co-founded the nonprofit Event Pros Take Action, which enables event professionals to give back to those in need. Endeavors focus on relief efforts for communities that have experienced natural disasters and are recovering from substantial loss. With multiple missions to New Orleans, Rockaway, N.Y., San Marcos, Texas, and Houston over the past eight years, hundreds of event pros have helped communities rebuild while creating indelible bonds between the volunteers. Efforts include rebuilding, the creation of “designer homes for special recipients,” teen mentoring, and the creation of a carnival for kids residing at Covenant House in New Orleans.

Perelman also supports other event Industry philanthropic organizations, including the SEARCH Foundation, an industry group that aids fellow event pros in need. She worked with a small group of event pros to found and launch the ILEA Pittsburgh Chapter. After spending two years working to establish the Pittsburgh chapter, she held the board position of vice president of communications for five years.

In her hometown of Pittsburgh, Perelman sat on the board of the Pittsburgh Children’s Museum for five years.  To encourage her three daughters to “catch the bug to give back,” she and husband Gregg started a fundraiser called “Swing for A Cure” to raise money for JDRF, fighting juvenile diabetes. In addition, she chaired a two-year campaign entitled DynoMite Days for the Carnegie Museum of Natural History. The campaign raised more than $30,000,000, which funded the creation of a new exhibit “Dinosaurs in Their World” for the world-renowned museum.

The Gala Awards will be presented on Feb. 1 at a black-tie celebration at The Special Event 2018 in New Orleans.

History of the Gala Awards The Gala Awards have been given by Special Events magazine, the premier industry publication, since 1986, when the awards honored the "top 10 events of 1985." The awards recognize the finest work in special events worldwide. For the 2018 Gala Awards, the magazine received entries in 35 categories from 11 countries. Members of the Special Events magazine Advisory Board, made up of leaders in the event profession, review all entries to determine the nominees and winners.

Time Is Running Out! Last Call for Gala Submissions
Dec 06, 2022