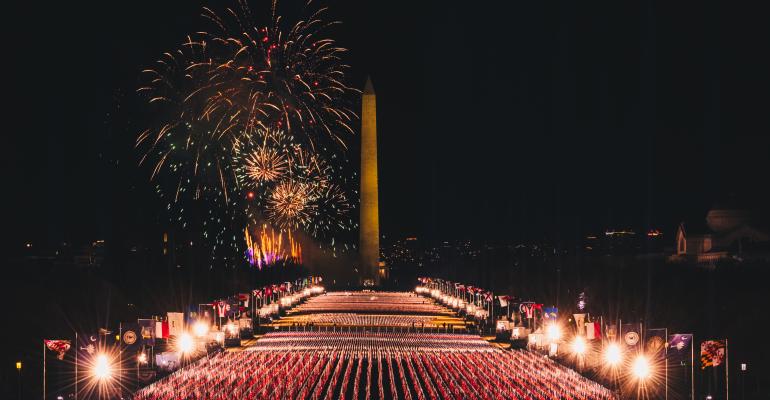 Start Slideshow ›
Congratulations to all of the event professionals who produced the Inauguration Day events.

All eyes were on the United States Capital on January 20. While the majority of Americans watched as President Joe Biden and Vice President Kamala Harris took the oath of office, event professionals were also watching another aspect—all of the planning, details, and work that went into executing an event of this nature.

"This was certainly one of the most notable events I have ever done in my career, and one that I will tell stories of for years to come," said Chris Lisel, of Chris Lisel Lighting Design (CLLD.) Lisel assisted with lighting during the Inauguration events throughout the day.

We at Special Events were hoping to celebrate the live events industry and the amazing spectacle that they were able to produce for Inauguration Day, but requisite Non-Disclosure Agreements made this article difficult to compile. However, we would still like to recognize everyone who was involved in the Inauguration Day events including, but not limited to:

"It was very good to get back to somewhat a bit of normalcy," Ryan Chavka, Business Agent for IATSE Local 22.

"Our industry was completely shutdown in mid-March and there were little waves of optimism throughout 2020; and now I think as an industry we’re starting to feel somewhat optimistic again," Lisle said in an interview with News Channel 5 in Nashville.