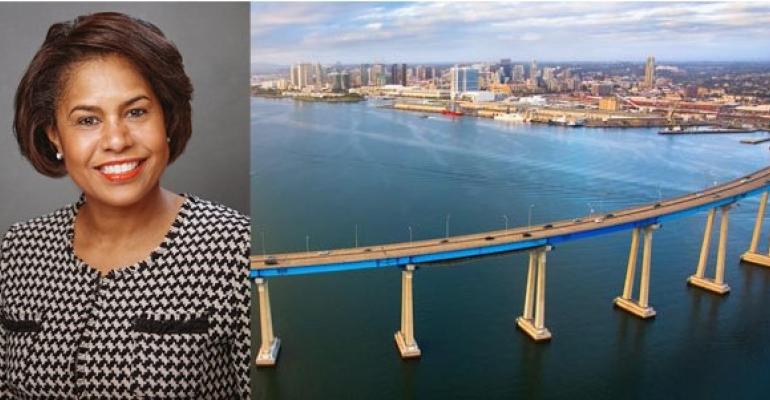 Special events business news this week includes a new leader at the San Diego Tourism Authority and an acquisition for Senik Events.

Gala Award-winning event agency Sénik, with offices in Montreal and Quebec City, has announced it has acquired Champagne Events. With this new partnership, Sénik's objective is to produce more international activities, increase and diversify its client portfolio, and strengthen its position as a leader in the industry, as well as to take advantage of the 30 years of experience of Lucie Champagne, president and founder of Champagne Events. Since 2011, Champagne Events has staged more than 300 events in Canada, the United States, Mexico, the Caribbean and Europe, specializing in incentive tourism and event management. The Champagne Events banner will continue to evolve in the Sénik family. "Champagne Events customers will receive an even more exclusive service and will benefit from the support of a larger team," said Sénik co-owner Sylvain Grégoire.

Atlanta-based CCP Meetings and Events has announced that J. Wilbur Smith will acquire the assets and brand for EventScapes, the well-known social event design and production division of CCP. “A fortuitous set of timing and situations made it possible for J. Wilbur to once again take ownership of the EventScapes brand,” said CCP president Terry Singleton. “We are looking forward to continuing a vendor partner relationship with EventScapes and J. Wilbur Smith.”

The Arena Group yesterday announced the merger of its U.K.-Europe and Middle East-Asia Divisions to form Arena EMEA. Under this new structure, the MEA Division’s reputation for innovation and delivery of design-led solutions will be introduced into the U.K., the company said. Arena Group CEO Greg Lawless said, “We believe that the formation of one EMEA division will create a stronger business, both commercially and financially, and this move will allow us to offer a more efficient and innovative turnkey service to our clients, which is even more important in these difficult times for the global events market. Under this new structure, we will continue to develop the Arena standard into a highly creative, design-led model offering temporary architecture with a permanent feel to the marketplace.” Paul Berger, the current CEO of Arena Middle East and Asia, has been appointed CEO of Arena EMEA, with responsibility for overseeing the merger of the two businesses as well as implementing his vision for Arena’s future.

Blueprint Studios, headquartered in San Francisco and with operations in Las Vegas, Los Angeles and Napa, Calif., has announced the launch of its Re:Join initiative. The phased approach to gathering, driven by safety guidelines, will feature an educational series offered online. For more information, visit blueprintstudios.com/rejoin or following #ReJoinTheMovement on Blueprint Studios’ social channels.