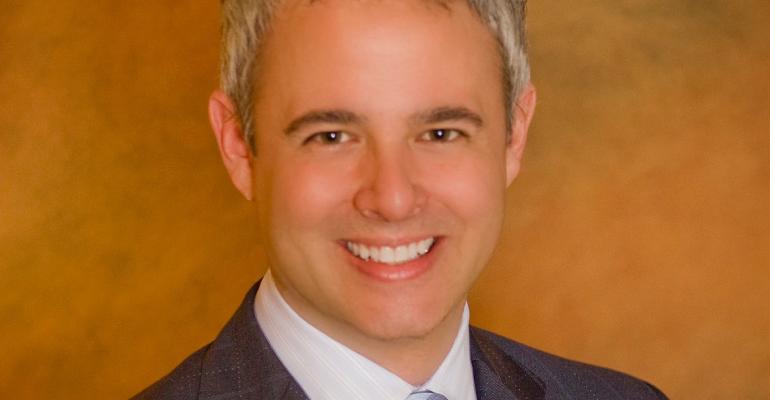 Kristjan Gavin is launching a rebrand of his firm.
News

Special events business news this week includes a rebrand and refocus for In Good Company Events.

In Good Company Events, based in Palm Springs, Calif., has rebranded to IGC. Under the direction of founder Kristjan Gavin, CMP, the company will shift its focus from event production to providing professional convention administration, event management and event execution services to companies in the hospitality and meetings industry.

Edward Zissel has been appointed director of banquets for Union Square Events, the catering partner of the Conrad New York hotel in New York.

Longtime decor supplier Fortune Products, known for its battery-operated light-up products including Plasma Balls and Fairy Berries, has changed ownership. Former owners Bob and Deb Kocher will retire, and Dave Kruse will take over as president. Offices will move from Seattle to St. Louis. Contact the company at 800/345-4833.

In memoriam: We note the passing of Joe Esposito, longtime MGM Hotels executive and event entertainment producer.  He made his name in the business as vice president of sales for Fairmont Hotels, later opening the MGM Grand Hotel in Reno, Nev., and in Las Vegas, serving as president of these legendary properties. It was there that he is credited with introducing the “business theater” concept that he used as a tool to attract corporate conventions to MGM and later Bally’s Hotel properties at a time when Las Vegas was in a historic transition, notes entertainment producer Sam Trego. "Joe is famous for the many careers he started in the hotel and event production industries and those that knew him called him one of the legendary greats of our business," Trego said.

Hayley Hardy has been promoted to senior business development manager at Imago Venues, based in Leicestershire, U.K.

French-based lighted balloon supplier Airstar will open a second office in in Mexico, four years after the opening of its first in Cancún. Based in Los Cabos, Baja, the new office is dedicated to the MICE and event market, with the aim of developing and expanding Airstar’s presence in Mexico, focusing on corporate events organized by U.S. companies in the region.

St. John’s Convention Centre in Newfoundland, Canada, has selected Centerplate to be its new catering partner.