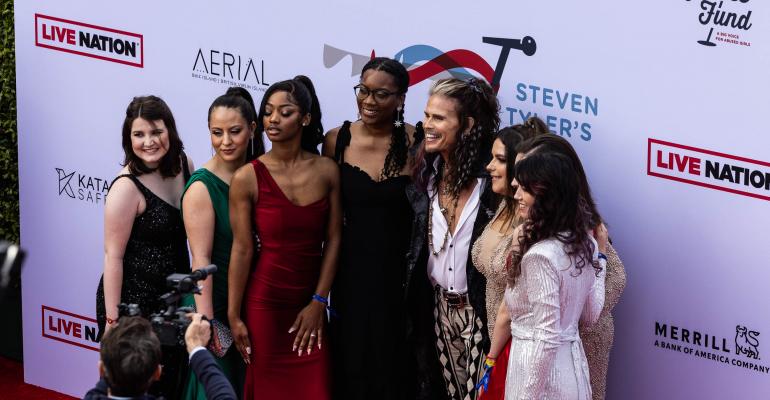 Last month was the occurrence of the Annual Grammy Awards, which naturally meant many Grammy-themed events. Like so many other celebrations, Steven Tyler’s 4th Annual Grammy Viewing Party came back full force after pausing during the pandemic. (Tyler is lead singer of award-winning rock band Aerosmith.) With a roster of well-known celebrities, musical performances, “Rock N Roll chic” dress code, and a live auction, the packed event brought in a record-breaking $4.6 million and raised awareness for the cause.

Janie’s Fund, inspired by the 1989 Aerosmith hit Janie’s Got a Gun, is Tyler’s initiative to help support young women who are survivors of sexual abuse. The foundation partners with Youth Villages, a non-profit that supports emotionally- and behaviorally-challenged children and their families. Funds raised from the Grammy Viewing Party go toward proven programs for therapy, expanding experiential therapies, and providing extended care for girls aging out of foster care programs.

The event was held at the Hollywood Palladium Theater, a Live Nation Special Events Venue. With over 600 attendees, the night centered around a live auction that listed several enviable items. Aerosmith’s autographed Dream On piano was sold for $700,000, and a fan bid $100,000 to have himself photographed with Tyler by renowned photographer Andy Gotts.

Musical performances kept guests entertained throughout the night. Tyler himself opened with a performance of Dream On, then welcomed Jessie J, who stepped up last minute to fill in for Miley Cyrus. Cyrus was unable to perform due to COVID-19 illness. In her honor, Jessie J performed Party in the USA. Tyler later joined her for a performance of Walk This Way to close out the evening.