/sites/all/themes/penton_subtheme_specialevents/images/logos/footer.png
Recent
Recent
How to Maximize Attendees’ Safety and Comfort at Live Events
Oct 19, 2020
Heeding the Call
Oct 19, 2020
Who's News in Special Events for October 15, 2020
Oct 15, 2020
Supporting Your Team in the Midst of a Pandemic While Working Remotely
Oct 13, 2020
Our Top 5 Lessons from Running Our First Virtual Event
Oct 12, 2020 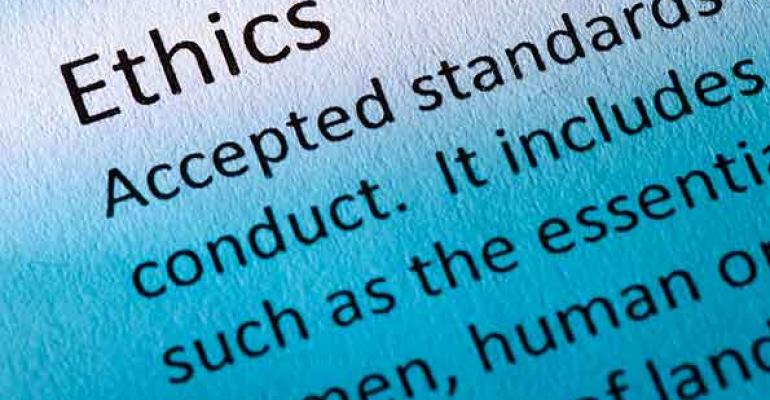 Do Ethics Matter in Event Rental?

There's healthy business competition, and then there's shoddy business ethics. The event rental industry seems to be seeing a surge in the latter.

One of the top phrases searched on the Specialevents.com site in recent months is "ethics in events"—and maybe what is missing is the phrase "lack thereof."

And why is that true? "It is because so many folks are unethical in their practices these days!" says Lauri Dixon, general manager of 1-800-Tenting in Baltimore. "I literally had the competition drive up to a site where we were putting up a tent and told the client they should not use us." She adds, "The mere fact that someone would stoop so low is unfathomable to me. I wonder how they sleep at night."

SHODDY ALL AROUND Sad to say, rental pros can find examples of slippery ethics on all sides of the event business.

On the rental side, according to Mike Berk, head of M&M Special Events of Chicago, it's the "undercapitalized company with limited market presence" which "overstates their capabilities to the clients and end up sub-renting if they get orders." He adds, "These same people are telling customers that the larger companies don’t have the inventories themselves."

On the caterer/planner side, Berk sees people who "collect deposits from their clients and spend those deposits before the event and then don’t have the funds to pay their vendors." Adding insult to injury, "Some of these people have asked us to rent unmarked trucks and dress our people in plain uniforms as they have sold their clients on the fact that they are the ones providing all of the equipment and services," Berk says.

And most rental pros agree that the end user—the event host—often wants more than he or she is willing to pay for.

"Some people try to cut their numbers so close that if more guests arrive, they don’t have enough equipment for them," Berk says. "It is always the fact that they were ‘shorted,’ even though actual counts match exactly what was on their order."

HOW DID WE GET HERE? Some rental pros think ethical standards have slipped in recent years.

"I think the popularity of television shows and magazine articles has really contributed to the 'glamourizing' of being an event planner," says Joanne Hulme, account executive with South Jersey Party Rentals of Pennsauken, N.J. "There are many people in the industry who did not pay their dues as they came into the industry."

Dan Hooks, CERP, head of Party Reflections of Raleigh, N.C., sees ethics as an aspect of character. "Either you have it or you don't," he says.

Even so, Hooks adds, "Unfortunately, the discussion and relevance of ethics in business is more important now more than ever because we are living in an age of 'anything goes' and 'we don’t want to offend anyone,' when some of these provide huge conflicts with ethical business practices."

YOU'RE FIRED Most of the rental pros interviewed for this article say that shoddy ethics on the part of fellow vendors or clients have led them to stop doing business with the offenders.

"Sometimes it's just not worth the aggravation," says Steve Kohn, head of Millers Rentals of Edison, N.J. "One's self-respect comes with a price."

Ironically, shoddy ethics on the part of some rental vendors sometimes pay off for those who stick to their ethical standards.

"We have gained business because some of our competitors have shoddy ethics," notes Nancy Brockway, customer service representative with Chicago-based Halls Rental Service. "Customers stopped using them and came to us."

See the full story in May-June issue of Special Events, which is available to ISES members for free and to subscribers. Not a subscriber? We can fix that; just click here.

Selling a Relationship to Your Rental Client
Oct 09, 2020