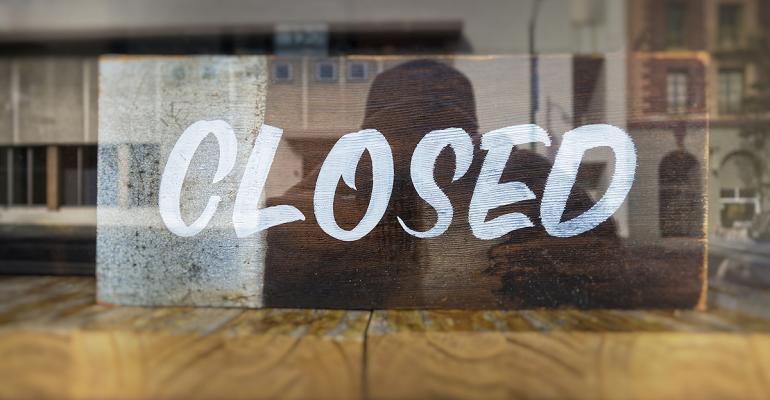 According to an informal survey conducted this week by Special Events, 65 percent of respondents say events have been postponed, with 35 percent outright cancelled.

According to an informal survey conducted this week by Special Events, 65 percent of event rental pros responding say that events on the books have been postponed, with 35 percent outright cancelled.

Note: With government at all levels issuing new restrictions on events, this situation changes daily.

Our survey says that the segment most affected is corporate/association business (47 percent), followed by galas/fundraisers (33 percent), and private social events (20 percent).

Sixty percent of respondents are now laying off staff. Seven percent are moving staff to part-time, and the remainder say they are not making any changes in staffing.

Several respondents say they are reaching out to medical facilities and the like to offer tenting and other pop-up shelters. “But in no way will this make up for lost business,” one respondent says.

HELPING EMPLOYEES
With many rental operators looking at their employees as family, some are taking extra steps to ease the pain of layoffs:

STEAL THIS IDEA
“One thing I have done for our people is reach out to HR folks at grocery stores, Target, etc., for restocking positions while they are being hit hard. Also, we’re monitoring the government benefits that will be offered to help employees coordinate applying, and helping get them to unemployment offices for application for those benefits. It’s a fluid situation.

“I’m also talking to other event pros to see what they are doing to help their employees. In this instance, I think plagiarism is a good thing. Having the ability to use social media to see what others are doing is important. I have also leaned on my state senators and legislative house members to use only resources within the state of Georgia to support testing and any relief. That’s important to the process.” --Dan Nolan, Epic Tents, Marietta, Ga.

STAYING TRANSPARENT
“We employ 47 full-time employees, some of them have been with us for 20 years. To avoid layoffs, we asked our hourly employees to take time off  according to their economic necessity--some employees are taking one day off, others two. Presently we are not forcing any time off. Everyone has responded very positively. Salaried employees were asked to submit a barebones personal budget; once the budget is reviewed, the salary is adjusted accordingly. To our surprise, some employees are volunteering as much as a 50 percent reduction in pay.

"Early on when we noticed that things were going in the wrong direction, we brought everyone in for a briefing on the state of the company. We told them what our position was financially and that in the near future, they should be prepared to make some concessions. We assured everyone that layoffs would only be a tool of last resort. Transparency has been instrumental.” --Ramiro Beltran, Triple A Rents and Events, Van Nuys, Calif.

AND WHEN IT’S OVER …
“We have cut hours drastically while still trying to get them as many as feasible. I have reached out to the temp service we use during busy times, and they think they can place some of our staff with part-time positions. We have a much better labor force than can usually be found from temp services. I have also reached out to our landscaping service, and they think they may be able to use some of our staff. Today I talked with a close competitor about sharing staff if few do have a setup and don’t have enough staff that day.

“I have talked with each [employee] individually about their situation. Some are fine with half their regular hours, while others need to work. I have not encouraged unemployment [insurance], but they all know it is possible. Unemployment usually take three weeks to get started, and they had much rather be working.

“We are more fortunate than others in that we are also in the tool-rental business so that can help carry us for a while. We are also staying in contact with our staff on their days off, to see how they are doing and hopefully get them back whenever this is over.

“We are also having discussions with management on what the world will look like when this is over. This will be over some time, and we will not be able to pile in all our events in the fall. Will Wednesday weddings be a new thing this fall and next year?

“Not sure now, but lots of normal may not be normal after we come outside. I am encouraged by how normal competitors are coming together and talking again.” --Buddy Stubbs, Busylad Rent-All, Tupelo, Miss.

Back in Business: Special Event Pros Share Their Comeback Strategies After Disasters
Aug 31, 2017