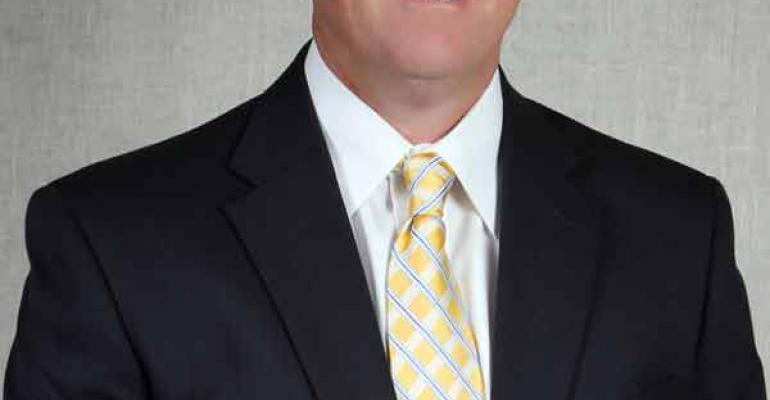 With the big presidential nominating conventions coming to town next year, rental expert Dan Hooks shares the insights he gain while working the Democratic National Convention in 2012. 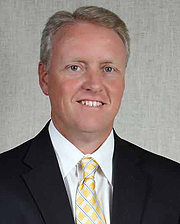 Dan Hooks, CERP, and the team at his company Party Reflections know what it means to service a U.S. presidential national convention. The team handled the 2012 Democratic National Convention, held in Charlotte, N.C., the company's home base. The event provided the stage for more than 35,000 guests to be served and entertained during the convention, meaning that producers, caterers, event planners and delegates required full event rental support on a 24-hour basis for the full week they were in Charlotte. Party Reflections won a Gala Award in 2014 for its work.

Hooks has some advice for event pros going after business for next year's national convention, both slated for July. The Republications will take over Cleveland while the Democrats will hold court in Philadelphia:

I would give anyone the same advice when it comes to our experience with the DNC.

The event brings a ton of exposure along with a ton of uncertainty of who you are dealing with and how these events are going to be funded. With a relatively small market such as Charlotte, we knew our resources would be stretched as thinner than they had ever been stretched. In 2012, we had another operation in Raleigh, N.C. (over two hours away), that could lend support, but it was September, which was already busy for us in both locations.

WHAT TO INVENTORY? One of the biggest challenges for us was determining how much and what type inventory to bulk up on in order to prepare for the demand for the week’s events.

We talked to folks in Denver who had handled the event in 2008 for advice. Every market is different in regards to the number of venues that can handle the amount of guests needed for each event. These were numbers that no one in Charlotte had ever dealt with, especially for numerous events back to back. The one place that would normally handle these size crowds was the Charlotte Convention Center, which had already been slated as the hub for the visiting media and would not be involved in the delegate parties.

BRING YOUR PATIENCE The best advice I can give is to be patient with the process. The fury and excitement over being selected as the host city creates a fervor to plan and get ready for the event--a lead time and timeline most of us in the rental business never get to experience.

The problem is we were ready for orders to start pouring in--and it certainly did not happen that way. From the rental perspective, we were proactive and made sure all of our existing customers knew we were preparing to help them in any way they needed. We tried to stress to each of them the importance of allowing us to be part of the process. We knew we were more than likely going to be getting our information through the third-party filter and wanted to make sure everyone realized that our inventory was finite at some point.

REMEMBER YOUR TRUE CLIENTS Our philosophy from the beginning was to serve our current customers first and reach out to those coming in from out of town next. After the train leaves town, you want to make sure you did right by the ones you depend on the rest of the year.

We accomplished this through numerous one-on-one meetings with our caterers, venues and planners who depend on us every week. We established an understanding from the beginning that all policies would have to be followed during the planning, quoting and production phases of the event. In other words, equipment reserved and cancelled would be charged for, payment was going to be collected before trucks were loaded, and equipment must be returned exactly as prescribed by our contract or they would be charged for each additional day until return. This was an understanding to protect them as much as us and our other customers. We wanted to make sure that everyone was focused on collecting for their services so that none of us was left holding the bag when the train left town.

This philosophy went against many of their very hospitable credit and payment policies that are part of the southern charm of Charlotte, but they understood and agreed in principle to these "best business practices" given the situation. We wanted to make sure we looked at it from a partnership level with our customers to produce world-class events and show what Charlotte was capable of.

THINK NATIONALLY Put yourself in a position to be a trusted resource for providers coming in from other parts of the country as well. Most of these providers did their homework and found us after talking to various venues and planners, but it would not hurt to bolster your web presence and make sure you can be found by these producers. Inquiries began to come in from all across the country as the event got closer.

However, do not be discouraged if you are having trouble with customer commitments early on in the process. A great deal of jockeying goes on to determine possible events, but nothing happens or is confirmed until funding is found for each event.

The corporate events came first as they tried to lock down venues first and provide for their exposure at the event. Even still, until they knew what size crowd to expect, these plans were anything but concrete.

Patience is definitely a virtue, because out of the $1.5 million we had produced in quotes for the week’s events, we barely had 10 percent of this on the books one month out from the event. We felt like we had a planned for every contingency, but the lack of orders made for some sleepless nights feeling like we had missed the boat. But, within the next three weeks, the boats were coming in faster than we could find harbor space for them. Even still, in our experience, roughly 50 percent to 60 percent of the quotes we produced did not materialize for funding, timing, or availability reasons.

KEEP ON EYE ON LABOR Lastly, I would advise you to be very cognizant of the labor associated with an entire week of events during all hours of the day and night, and plan accordingly.

We broke our crews and management team into three shifts. A team center was built in our meeting space that allowed each shift to relax, sleep, eat, watch TV, etc., between jobs and shifts. Food was provided to reduce time lost between deliveries. It was a very surreal experience that I will never forget.

Great communication was vital with our employees as we stressed the impact on our business for the future events that would look at Charlotte as a potential location. We rarely get the national spotlight for that long at one time, so we wanted to make sure we impressed the world with what we were capable of as a city and an events community. This would undoubtedly reflect back on us as a company. The message was well received and everyone felt proud and motivated by the national attention and the tasks we had in front of us.

In my opinion, you have to focus on your strengths, realize your capabilities, and prepare and encourage your team for the task at hand. The week became more and more daunting as we added new events to an already overcrowded schedule, but we discussed each one and determined if it met these requirements so that we could be successful with each one. As we all know, you can produce 99 events flawlessly, but everyone will remember the one that fell short of expectations.

Dan Hooks, CERP, is president of Party Reflections Inc., a full-service special event rental company with locations in Charlotte and Raleigh, N.C., and Columbia, S.C. He is the second-generation leader of the family-owned company, which has been in operation since 1958 in Charlotte.

Dan resides in Weddington, N.C., with his wife, Margaret, and two sons--Dallas (22) and Brandon (19). He has served as a member of the Outreach Team for Elevation Church and currently serves on the board of the Harvest Center in Charlotte.

Dan has been a member of the American Rental Association for over 20 years and has served on the ARA Party and Events Special Interest Group, the ARA Member Risk Management Task Force, the ARA Party Certification Task Force, and the REAP Advisory Board for the organization. He is a past president of the Charlotte Chapter of the International Special Events Society ( ISES) and has been a member of the National Association of Catering Executives for many years. He also serves on the Advisory Board for Special Events Magazine.

Party Reflections Inc. operates out of an 115,000-square-foot warehouse with more than 100 employees near downtown Charlotte, and an additional 50,000 square feet and 75 more employees in Raleigh and Columbia combined.

Dan Hooks On the Work Behind his Family Party Rental Business
Nov 01, 2011