View Our Webinars!
Featured
Mouthwatering Menu Trends for the New Year
Apr 19, 2021
How Simple Market Research Will Make You a Stronger Marketer
Jul 14, 2021
The Special Event 2021 is Next Week!
Jul 13, 2021
TSE Spotlight: Meet Bobby Dutton
Jul 09, 2021
Special Events
brought to you by 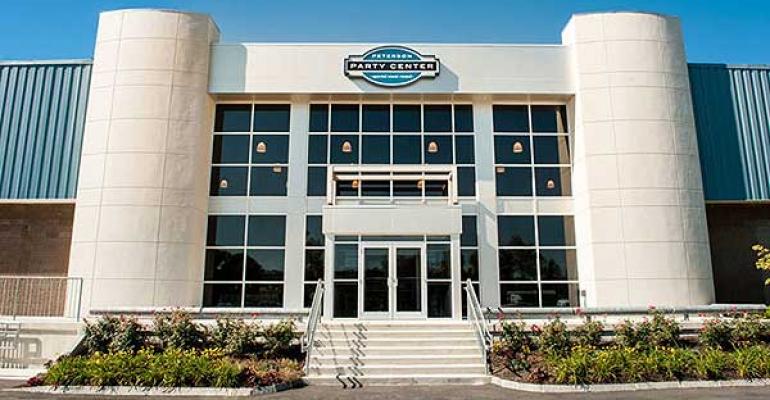 Peterson Party Center, No. 5 on the Special Events list of big event rental companies, has just received a fresh influx of capital to expand its operations.

Big party rental company Peterson Party Center, ranked at No. 5 on the latest Special Events "30 Top Rental Companies," announced Friday that it has entered into a recapitalization transaction with private equity firm Dubin Clark and Co., with offices in Boston and Greenwich, Conn. The value of the deal was not disclosed. Woburn, Mass.-based Peterson will bring in some $25 million in revenue this year.

Peterson was represented in the transaction by Ed Latek of Latek Capital Corp., based in Lake Forest, Ill. Brent Paris, a partner in the Boston office of Dubin Clark, led the transaction. Dubin Clark also holds a position in Johnny on the Spot portable sanitation services, based in Old Bridge, N.J.

DUBIN AND PARTY RENTAL In 2003, Dubin Clark purchased 60 percent of Los Angeles-based Classic Party Rentals, when the operation had six units. Dubin Clark sold its interest in Classic in 2007 to Quad-C Management, a private equity firm based in Charlottesville, Va. "CPR was a very successful investment for DC," Paris tells Special Events. "We like specialty service businesses like special event rental that focus on mid- to high-end events with outstanding service and great equipment."

Dubin Clark also invested in Signature Systems, a supplier of staging and event turf and carpet, from 2007 to 2013.

PETERSON'S GROWTH Peterson got its start in 1877 renting chairs to funeral homes. Peterson president and owner Robert Traina started working with the company 40 years ago as general manager. After serving in that role for nearly 20 years, Traina purchased the business and embarked on a growth plan. Three years ago, Peterson purchased a significantly larger building on 24 acres in Woburn. The company's 140,000-square-foot facility includes a state-of-the-art laundry using RFID technology and a 5,000-square-foot wash area featuring a conveyor drying system. Today, the company offers a diversified inventory of party and event equipment, traditional and boutique linen, and tenting services.

Peterson made headlines in July 2010 by servicing the wedding of U.S. President Bill Clinton's daughter, Chelsea, in Rhinebeck, N.Y.

WHAT'S NEXT Dubin Clark was drawn to Peterson, Paris tells Special Events, due to a mix of strengths. "We invested in PPC to build upon the great job that Bob Traina and his team have done over the years," he says. "PPC is one of the leading and most well regarded special event rental companies in the Northeast. Our focus will be on growth initiatives, including hiring additional employees, expanding the rental inventory, and adding locations."

Traina will remain as CEO of Peterson, according to a company statement, with the ongoing goal of continuing to build the infrastructure--people, processes, equipment and products--necessary to provide continued quality service to a broader array of customers.

In a sign that the investment community sees opportunity in event rental, "We are interested in hearing from event rental companies," Paris tells Special Events. "While we are currently focusing on the Northeast with PPC, we are looking for other platform investments nationwide with minimum revenue of $15 million."