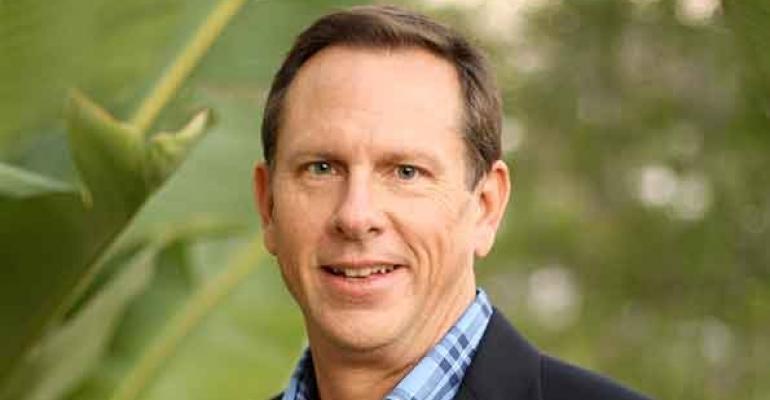 Event and party rental experts comment on the outlook for the recent acquisition of Classic Party Rentals, which filed for Chapter 11, by Apollo Management Group.

The news last week that party rental giant Classic Party Rentals, No. 1 on the Special Events "30 Top Rental Companies" list, has found a buyer brought a wave of reaction from longtime event rental experts. Opinions on the outlook for the purchase vary, with some saying that—with debt stripped way—Classic has much to offer, while others question the company's core "rollup" philosophy, whereby a central headquarters operation can successfully manage rental operations across the U.S.

Mike Berk, head of M&M The Special Event Co. of Chicago and Dallas, says that the purchase—by Apollo Management Group—"if accepted by the court--and I've heard that some of the creditors are already objecting to the deal--Classic will be operating under their third investment firm. There is no evidence that they will fare any better now than they did before."

And why is he cynical? "The event business is difficult to run from a central office and adhere to corporate philosophies," Berk says. "Decisions need to be more subjective and made in a timely manner."

The shedding of Classic's debt is unquestionably a boon. "Being relieved of much of their debt will undoubtedly help them for a while but "we have already seen a number of operators who sold to Classic re-enter the market and reclaim a significant market share," Berk says. "I don't see Classic rebuying these people. It's business as usual."

In contrast, Steve Kohn, head of Millers Rentals of Edison, N.J., sees the Apollo deal as a sign that times are improving for both the rental industry and the economy as a whole.

READY TO ADJUST? "I don’t think the economy was a major factor in this situation," Kohn says. "The industry has handled the up-and-down swings very well. Good companies learn to adjust."

Kohn adds, "Investors have money to spend, and this is an industry that has potential if managed correctly."

Despite dropping much of its debut load and seeing a new infusion of capital, Classic still faces some challenges, Kohn says.

"Companies can only make money when they have leadership that can effectively motivate employees, see opportunities, provide quality services and products and focus on strategic goals," Kohn says. "If they start going after the market with discounted prices and unqualified labor, they will end up right back where they started."

Kohn believes that consolidation does make sense for party rental "with limitations." "Not all markets are the same," he says. "Every specific area of the country has to be looked at differently. People familiar with one area of the country and that market should be a managing it. You can't take a logistics crew from the West Coast and place them in the East. Just too many differences to move a standard model."

When the Debt Goes Away

Dan Hooks, CERP, head of Party Reflections of Raleigh and Durham, N.C., believes, "When you have a company of this size, it is always going to attract private equity money from investors who are looking for a deal and think they can manage the company better than the former ownership."

"Bringing a company out of Chapter 11 can be great for a new investment company because you are acquiring a company who has shed its debt and former equity partners making it an attractive takeover," he says.

"The most overlooked part of this whole incident is the number of people left holding the bag after Classic simply walked away from their debts," Hooks says. "They continue to say how none of this was the result of poor business decisions, but debt does not get on your books unless you decide to take it on. And when you decide to take it on, you have a responsibility to pay it back, or you should not be allowed to take on more until you can prove you have learned from your mistakes and repaid your debts."

FEEDING THE MONSTER "New capital will get some quick reactions and appease the locations for a while, but a rental company is a monster who has to be fed on a regular basis in order to grow," Hooks adds. "Since capital expenditures have been very small in the last several years they must invest even more just to get them up to par levels."

"I stand on the philosophy that consolidation can work on a regional level because those markets share similar tastes and trends, but consolidation on a national scale continues to elude success," Hooks maintains. "There are just too many differences in the markets to try and form policies or standards for the entire country. Independent dealers will continue to fight local battles and be able to react much better with quick decisions in the field instead of waiting for headquarters thousands of miles away to make a decision."

He adds, "While I don't think the industry wanted to see the company fail so miserably, any independent rental dealer competing in the same market with a Classic location is not surprised and only want them to be a good competitor focusing on making the industry more respected. This failure into Chapter 11 does not give the industry respect. It hurts the entire industry because many vendors, suppliers, and manufacturers were hurt from their decision to 'voluntarily' file Chapter 11."

The View from the Acquisitions Expert

Gary Stansberry, head of the Stansberry Firm of Granbury, Texas, has a long career advising on rental company acquistions. He shares his opinions on the Apollo/Classic transaction:

Apollo is a well-funded and savvy investor that has $161 billion in assets under their management as of December 31, 2013, and $22 billion of their own assets. They own or manage a diverse group of companies including household names such Harrah's and Caesar's Entertainment/Casinos, Norwegian Cruise Lines, Century 21 Real Estate and holdings in various other chemical companies, retailers and real estate.

I see their willingness to invest in Classic as a strong endorsement of the special event rental industry. It should be noted that Apollo previously invested in construction equipment rentals giant United Rentals. Investors such as Apollo generally look for companies and industries they feel have significant upside. Most likely they will realize that upside through growth in the overall industry as well as through expansion of Classic's current product offering, geographic expansion and margin improvement.

YES, THEY MADE MONEY It is easy to second-guess Classic's previous strategy of rapid growth through acquisition. Classic made decisions to expand based on the economic realities of the late 1990s through the mid-2000s. Those assumptions came crashing down in September 2008 before Classic had a chance to fully develop their strategy. The current owner, Quad C, invested in at the wrong time, leveraging not only their initial investment but also incurring additional debt to keep operations afloat during the downturn.

It should be noted that Classic's original investors, as well as the private equity fund that invested in Classic in the early 2000s, all saw significant returns on their investment. From their perspective, Classic's acquisition and growth strategy worked very well. Apollo's management strategy is to be hands-on, working with the management team of the companies they invest in. They have deep pockets, but they are going to expect strong performance.

Likely, the first step will be to evaluate management and financial performance of all current operations. They will want to make sure all are performing up to their standards and strong focus will be put on nonperformers. On the flip side, they will evaluate what is performing well and look to duplicate that success across all of Classic's operations. Once they have current operations stabilized, they will likely use Classic as a platform for future growth.

In the press release announcing the potential acquisition, Jason Scheir of Apollo Global Management said: “We believe that with a streamlined balance sheet the Company (Classic) is poised to capitalize on a number of attractive growth initiatives.”

The party/special event rental industry is still highly fragmented and ripe for a savvy consolidator; the expertise and funding to do so is among Apollo's core competencies.