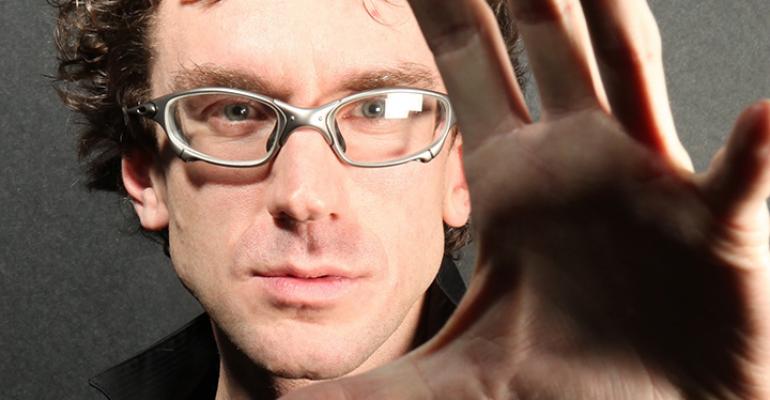 Hacker. Inventor Technology futurist with a unique ability to distill complex technology into practical tools. A member of the most prolific team of inventors in the U.S., Pablos Holman has over 70 patents.

No? Okay, how about this:

Don’t be intimidated by his accomplishments, however. What is great about his work/life aesthetic is that he breaks things, he questions processes, he even antagonizes people at times, all in order to make things better and more functional than they were originally.

He wants to inspire people to create solutions, to invent, and to problem solve—by looking at the world through the eyes of a hacker.

Finally, he is a fellow who smiles easily, laughs at corny attempts at jokes, and is enthusiastic about being in front of a live audience again.

“For my part,” says Holman about his keynote at The Special Event + Catersource, “it is pretty obvious what my goal should be: to help people get past the fear and the panic [of the past 16 months] and get them into a mode of being optimistic and excited about rebuilding this industry. [It’s time to] make it better than it was and hopefully make it resilient enough to handle these [types of crises] in the future, too.”

Hacker with a heart

“I get it,” he says. “I care a lot about this industry, and I know a thing or two about it, so hopefully I can connect with the audience and help them get [their businesses] back on track. I want to be sensitive to what people have been going through.”

Zoom speaking doesn’t do it for him either, he says, because he can’t feel a connection with the audience. “It’s not rewarding for me,” he says. Much of it has to do with the overall live show experience and that one crucial element that’s best done in person: networking.

“What I realized is there are two points of value here. You have the content—what you’re putting on stage, the educational piece…but I’m not sure people would come to the conference at all if they weren’t getting the other part, which is being out in the lobby making friends, going to happy hour, your late-night opening event party, that stuff? That stuff is where the action is. You make those friends and those networking relationships.”