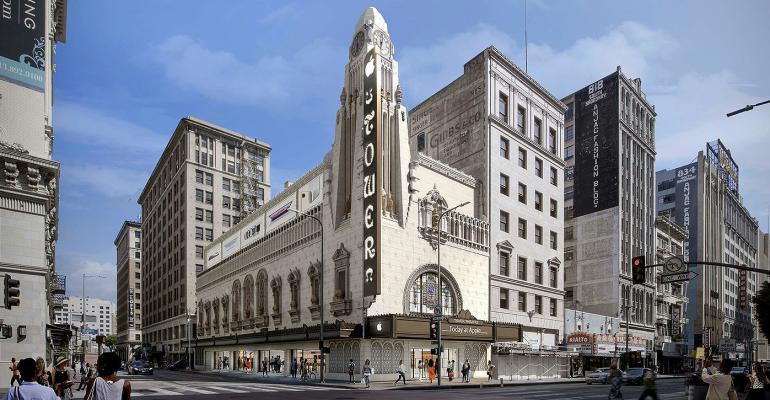 The plans to renovate the landmark Tower Theatre signal new ventures for the tech giant.

Announcements from tech giant Apple are events in themselves, and the latest buzz from the company is no different. Apple has told the L.A. Times that it plans to take over the Tower Theatre—a legendary 1920s movie palace in downtown Los Angeles—and transform it into an Apple store and events center:

The Tower Theatre was the place in 1927 where Angelenos first heard the wonder of “talkie” movies when it hosted the premiere of “The Jazz Singer,” starring Al Jolson. Now, the aging former movie palace in the Broadway Theater District will host a more modern wonder—an Apple store the tech giant says will be one of the world’s most prominent. It may also serve as a declaration that Apple intends to compete as a major Hollywood content creator.

Apple’s forthcoming takeover of the theater was long expected, but the company is only now revealing details of the transformation planned for the cinema, which has been mostly closed for decades. Apple has more than 500 stores, but it envisions making the downtown Los Angeles location something special. The company expects to file plans with the city this week in hopes of securing approval for its proposed renovation that would turn the Tower not only into a retail outlet but an outpost with programs, classes and other events for audiences of many ages … Los Angeles Times