Bartolin Hall completes "The Convention Center at The Broadmoor" 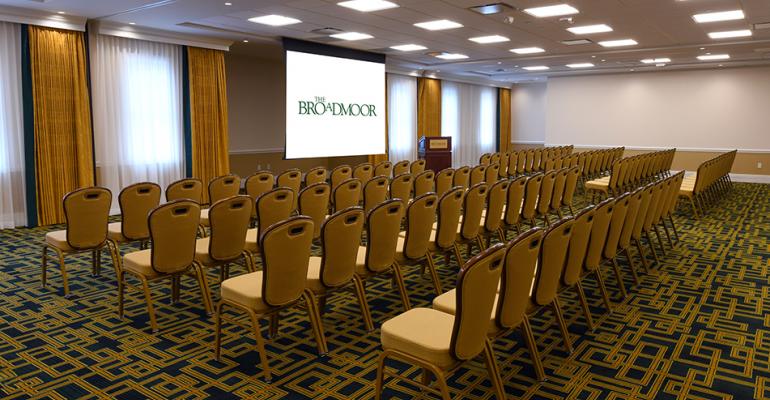 The Broadmoor is hoping to become Colorado's premier convention destination with the opening of Bartolin Hall, which will join the resort's existing Broadmoor Hall, International Center, and Colorado Hal to form the "Convention Center at The Broadmoor."

The Broadmoor hosted a virtual tour of the new Bartolin Hall last week, which showcased over 200,000 square feet of flexible meeting and exhibit space. This new expansion allows large conferences, conventions and trade show attendees to receive the highest level of service for which The Broadmoor is known.

The 125,000 square food Bartolin Hall connects directly to Broadmoor Hall with a 28 foot wide walkway, giving Bartolin Hall a sense of seamlessness, integrating the design into the look and feel of not only The Broadmoor campus, but to the three additional buildings that comprise the Convention Center at The Broadmoor.

Bartolin Hall’s striking grand foyer, with large windows looking out to the mountains, is perfect for registration or function space. The area opens into a functional 93,500 square foot exhibit space, with polished concrete floors and 25 foot high black piped ceilings. Bartolin Hall has 18 breakout rooms on the first floor with west-facing views, dedicated food service areas and three sets of restroom facilities conveniently located throughout. The second floor mezzanine has an additional 14 meeting rooms with nearby restrooms, bringing the total number of meeting rooms to 32. Watch their walkthrough video here

"No other place combines the feel of the west with rustic luxury experience and the great outdoors," said Kristin Heinicke, Public Relations Manager for The Broadmoor.