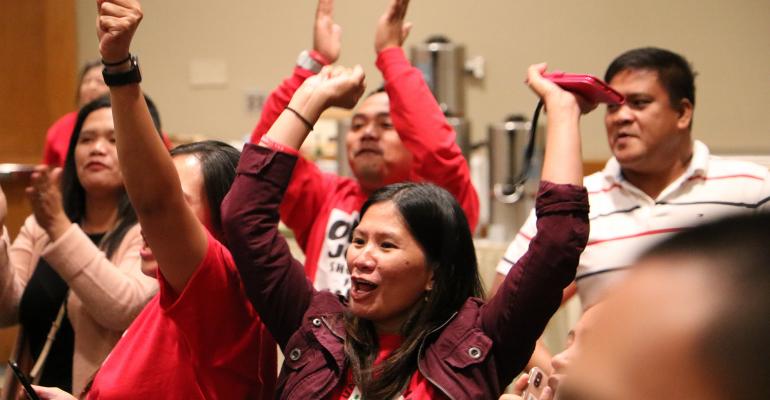 Collective bargaining agreements at a total of 20 Unite Here Local 5 properties expired at the end of June. According to USA Today, the strike was the longest in the union’s history.

Related: Get Your Own Towels: Guests Feeling Effects of Marriott Hotel Strike

During the strike, picketers carried signs with the slogan “One job should be enough.” Job security is a key element of the new contract, the union said.

“Robotics are playing an increasing role in the hotel industry, from automated check-ins to R2-D2-like droids that ferry bags up to rooms,” the union said in a statement. “Rather than allowing the deployment of technology to be solely the purview of management, the new contract creates a framework for workers to be at the table.”

Marriott workers in Detroit, San Jose, Calif., San Diego, Oakland, Calif., and Boston were also on strike starting in early October, but ended their strikes after coming to agreements with management.

More than 2,500 Marriott workers in San Francisco are still on strike.