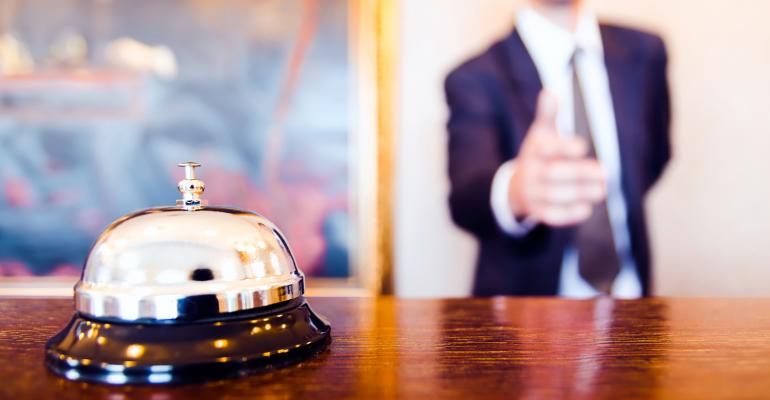 Hotels and Hospitality during the California Wildfires

The glamour? The fat paychecks? No, there's something else that sets hotel people apart--bigger, better hearts.

All politics is local, the saying goes, and the same goes for disasters.

The California wildfires were sad headlines to those far away, but a horror to those who endured them. My family had to evacuate for a few days, but that was nothing compared with a friend who lost everything.

I’ve written before about the hotel where we stayed during the fires. The Anaheim [Calif.] Majestic Garden hotel took us in at 3 a.m., gave evacuees free parking (yes, a big deal for a property near Disneyland), and put up with our crabby dog. Their gracious hospitality calmed our jangled nerves.

The Latin root of the word “hospitality” refers to the host who cares for both the guest and the stranger. I want to share another story of great hospitality at the Hyatt Regency Westlake, which ran in our local paper, The Acorn:

When hell broke loose in the Conejo Valley last month, Hyatt Regency Westlake was there to help.

By the afternoon of Nov. 8, hotel staff had finished putting black ribbons on trees in remembrance of the 12 Borderline shooting victims, and they were preparing for the arrival of FBI members coming to investigate the incident. A vigil was planned for the victims that night, and the hotel’s parking lot was being used as a staging ground for some law enforcement officials.

Then the fires kicked off.

“As the (Woolsey) fire kind of started surrounding us, the different communities of Westlake and Thousand Oaks and, later on, Malibu, kept arriving,” said Anthony Salah, general manager of the hotel.

Though the hotel was already mostly booked, staff turned nobody away. About 100 to 150 people set up camp in the lobby while they watched TV together, trying to learn the status of their homes. Children and pets slept on the floor of the hotel’s small boardrooms with pillows and sheets. Though there were no more beds to go around, the hotel offered a respite from the elements, not to mention smoke and ash. The staff of 11 did their best to make guests comfortable, raiding the hotel’s pantry to provide coffee and food at no charge and performing whatever tasks needed to be done …. The Acorn

Another definition I found for “hospitality” comes from an 18th century French dictionary, which describes it as “the virtue of a great soul that cares for the whole universe through the ties of humanity.”

I’ve seen some “great souls” in the hotel business lately. I cannot tell you how much I admire you.