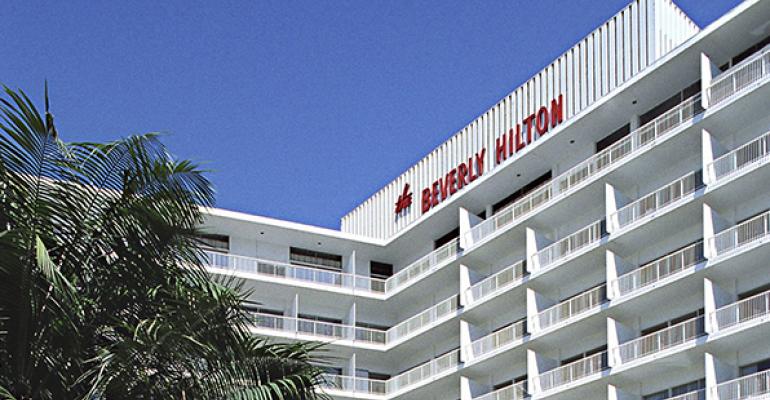 The world is full of wonderful hotels, but when it comes to staging special events, it's hard to top the Beverly Hilton in L.A. Although the property is glam central for events such as the Golden Globes, it's not famous just because of its chic location. Instead, the hotel is engineered to succeed for staging—and broadcasting—special events, thanks in large part to former owner Merv Griffin. After buying the hotel in 1987, the late TV impresario—creator of TV shows "Jeopardy" and "Wheel of Fortune"—shrewdly remodeled the Beverly Hilton to include such show-biz friendly features as corridors from dressing rooms to the stage that give celebrities easy access. Special Events interviewed Griffin for details back in 2003, and the L.A. Times just saluted the hotel itself:

Even after 62 years, there’s no rest for the hardest working hotel in Hollywood. “We are the place to go for the entertainment business,” hotel manager Michael Robertson said with a smile. It was just two days before the 74th Golden Globes, and he looked startlingly relaxed. The tightly secured complex, on the other hand, bustled with production crews building red carpet and party set-ups, a crackle of electricity in the air. “I think of the Beverly Hilton as the epicenter of Los Angeles. Our history is important. This is the iconic place to have your awards show" …. Los Angeles Times