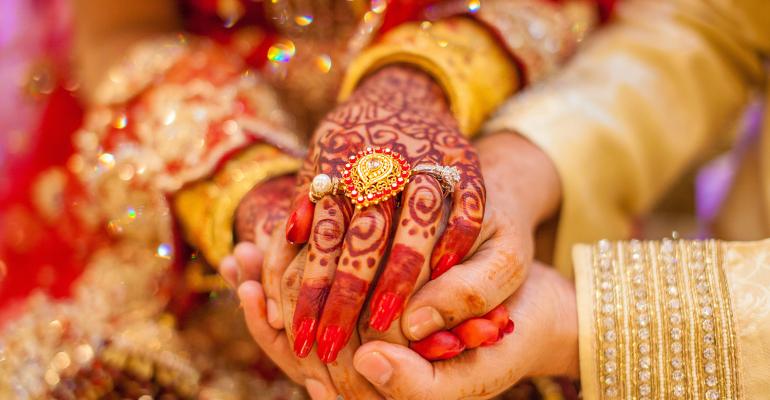 Big and Getting Bigger: Indian Weddings Grow Ever More Lavish

India's growing middle class is contributing to an industry worth as much as $50 billion a year.

The wedding market in India today is estimated to be worth an eye-popping $40 billion to $50 billion a year, says CNN, up from a reported $25.5 billion in 2012. The mega-wealthy have always been quick to spend, but now the country’s growing middle class is beginning to do the same:

When it comes to elaborate nuptials, few can rival the mega-weddings of India's super-rich.

Recent months have seen a slew of high-profile ceremonies, from a rare Bollywood-Hollywood union (Priyanka Chopra and Nick Jonas) to what could be one of history's most expensive weddings (when Isha Ambani, daughter of Asia's richest man, wed Anand Piramal, the son of a billionaire industrialist).

Eye-watering amounts of money were spent on haute couture bridal wear, food from the world's top chefs and opulent palace venues. Ambani and Piramal even splashed out on a private show by Beyoncé … CNN