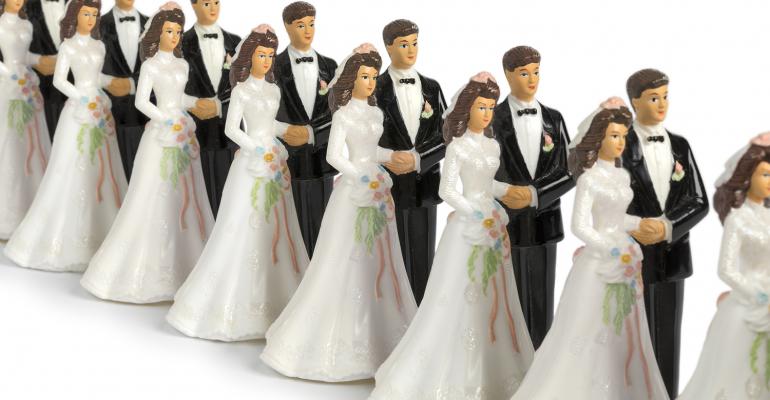 While other industries have fallen prey to "disruption," the high-touch wedding industry seems harder to crack.

Brick-and-mortar retailers, newspaper publishers, taxi drivers—the list of businesses “disrupted” by high tech is long. But one business that seems to be immune: wedding planning. Vox has some ideas why:

Lover.ly, the wedding planning site and app launched in 2011 with $7 million of venture capital, debuted a failed e-commerce project in 2015, then pulled its app from the App Store and laid off its entire staff but two people in 2017 (four months after a New York Times profile!). Today, it’s a blog. The bridal party coordination and dress manufacturing startup Weddington Way was acquired by the Gap in December 2016, and shuttered less than 18 months later. The Santa Monica-based bridesmaid dress rental startup Vow to be Chic raised $2.5 million in January 2018 and went out of business four months later. The nearly identical New York-based Union Station is still kicking, but it just sells the dresses now, in a range of colors and cuts, made to order based on measurements. You know, the way bridesmaids dresses have typically been sold.

“Some investors believe maybe there’s something inherent to the industry that means a big company can’t be created,” Ma tells me when I ask why her company is really the only one. “There have been some VCs that have invested in wedding startups that then closed, so they swore off weddings as a category” … Vox