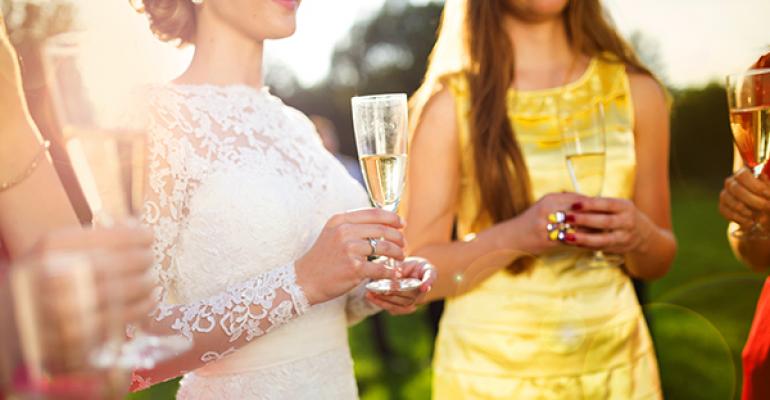 I Don't! Dangers of Being a Bridesmaid in China

Cultural customs in China make being a bridesmaid a bit dangerous, so some brides are hiring professional stand-ins

According to a news article that has gone viral, the pressures that face bridesmaids in China—from verbal harassment to being forced to drink a lethal amount of alcohol—have compelled some brides to hire professional stand-ins:

Concern over traditional wedding practices in China being pushed too far has reached new heights following the death of a bridesmaid in Wenchang, Hainan, province in September. It was reported that the 28-year-old was pressured into drinking an excessive amount of alcohol on behalf of the bride. This is far from an isolated instance. From the grassroots to renowned celebrities, Chinese bridesmaids are also vulnerable to verbal harassment, and physical and sexual abuse. Video footage went viral on the Chinese internet showing groomsmen attempting to dump Liu Yan, a famous Chinese actress, into a swimming pool when she was a bridesmaid at her friend’s wedding … --The Conversation