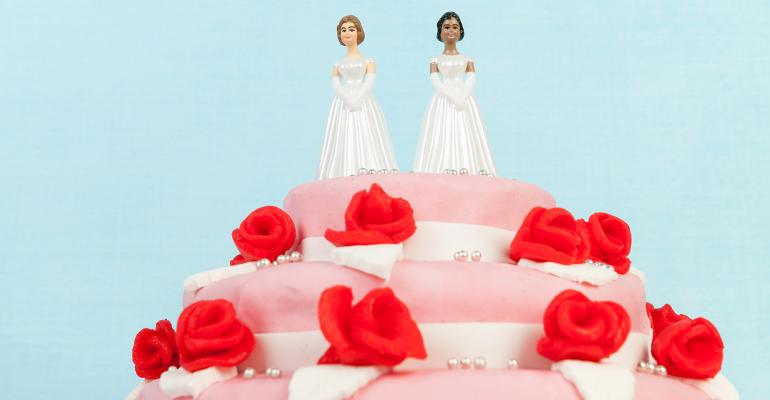 In a closely watched case, the U.S. Supreme Court yesterday ruled in favor of a Colorado baker who said that being required to bake a wedding cake for a same-sex couple violated his religious freedom. The ruling was narrowly written, however, leaving open the door open to further disputes, said the L.A. Times:

By a 7-2 vote, the court said Jack Phillips, the Colorado baker, was treated with hostility and bias by a state commission that concluded his actions violated a state anti-discrimination law. One commission member had commented that religion was used throughout history to justify slavery, the Holocaust and “all kinds of discrimination.” But the court’s opinion also emphasized the importance of equal rights for gays and lesbians, and it largely rejected the claim that store owners have broad religious liberty rights to turn away customers because of their sexual orientation.

Although some may object to same-sex marriages, said Justice Anthony M. Kennedy, “it is a general rule that such objections do not allow business owners and other actors in the economy and in society to deny protected persons equal access to goods and services under a neutral and generally applicable public accommodations law.”