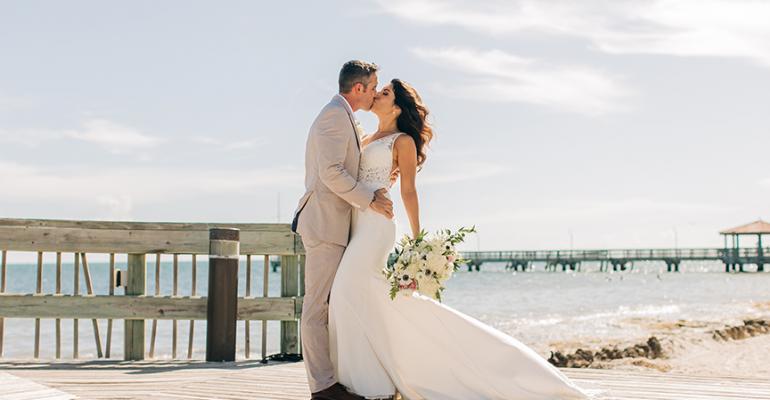 WIPA wedding planners discuss the state of the wedding industry.

When reflecting back on 2020, the year that for many will go down in history as the worst year ever, where we are now, and where we were a year ago, are as different as night and day. A year ago, events of all kinds and sizes were being cancelled. Today, those same events are being rescheduled and new events are coming in. A year ago our only human interaction was through computer screens. Today, families and friends can once again safely come together. A year ago event and hospitality professionals were consumed with a sense of fear and dread of whether their business would survive. Today, there is a feeling of hope and joy as we come out the other side of one of the biggest challenges the industry has ever had to face.

“A year ago it felt like the world was ending,” said Kevin Dennis, from Wedding IQ in California, during WIPA’s recent State of the Wedding Industry webinar. “It’s been kind of a weird journey the past year, the pandemic brought out the good, the bad and the ugly in our industry.

“We’ve been beat up and brought down to the mat a couple times, but we’re not down for the count, we’re ready to fight some more. We’ve got some more fight in us still.”

During the webinar, members of WIPA’s various chapters California, Seattle, Atlanta, Chicago, New York and Utah, gave an update on their state’s current restrictions. Some of the topics discussed included guest counts to dance floors to social media were discussed, as well as the lasting impacts COVID-19 will have on the way they do business.

Working within restrictions for events can be challenging for many event professionals because not only are they always changing, but they can be completely different from county to county, or city to city within the same state. And obviously, you can’t ignore those events that are violating the restrictions because a lot of couples are asking for the same things.

“It seems like the further you get away from the big city, the less people are playing by the rules,” Dennis said. “We call it the wild wild west over there.”

While California, New York and Chicago continue to push up against small and restrictive guestlists, states like Utah, Georgia and Texas are almost back to business as usual.

“Our phones are ringing again and we’re very busy,” said Gillian Marto, with Atlanta-based Events of a Lifetime Productions, “and it just warms my heart.”

In addition to working within restrictions, wedding planners are also having to contend with finding the right vendors since many of their former vendors have gone out of business, or there is that much more demand so finding availability is challenging.

“People got out, new vendors got in, and the vendors I typically work with are no longer available,” said BreeAnn Gale, with Seattle-based Pink Blossom Events. “There’s going to be a big need for all the vendors who are still in business.”

One restriction that has proven challenging for many events across the country are dance floors. While some states are limiting the number of people on a dance floor, other states are not permitting them in any form, regardless of social distancing. For example, in Seattle dance floors are limited to 10 guests, so at a recent event Gale set up individual dance floors for each table, which sat 10 guests.

However, in states such as Chicago or New York, restrictions are very firm that dance floors are not allowed. In Chicago, they even go so far as to say that floorplans can’t even be spaced in a way that would encourage dancing.

“They’re not necessarily criminalizing dancing itself, but they don’t want co-mingling,” said Lauren Carter, with Chicago’s Curate Plan Design. “Guests can dance at their tables, but planners can’t space the floor plans to create space that can be interpreted as a dance floor.”

Planners are also encountering similar challenges with how to handle cocktail hours since they pose many of the same concerns as a dance floor, which has given rise to a lot of creativity and outside the box thinking.

“A lot of the traditions aren’t going to be traditions anymore,” Dennis said. “Couples will have to start thinking outside the box of their weddings.”

“We’re going to be changing up the structure of a wedding,” she said.

During the webinar, the planners shared some creative ideas for how to adjust to the changing wedding structure as we continue to move forward.

“It’s been inspiring to see what creativity has come out of this,” Gale said. “It comes down to what you can do to wow them, because ultimately they just want to be with their friends and family.”

“Maybe we can think about floor show entertainment instead,” Dennis said.

“We can move and manipulate the entertainment in a way,” Carter said.

“To replace some of those missing elements, maybe we can provide that dinner service in an elevated way,” said Mary Wright Shah, with Dallas-based Diamond Affairs Weddings and Special Events. “We can do more courses, more champagne, more wine, more pairings so that their guests are still getting a great experience.”

“One idea is to do a wine and cheese pairing cocktail hour where everyone is seated,” Gale said.

Other things to consider

“Some brides will have babies by the time their wedding comes because they decided to get married anyway without the wedding,” said Chris Lavoie with Silver Summit out of Utah. “There’s all these funny things we never had to deal with before, which isn’t a bad thing, it’s just a symptom of 2020.”

But, no matter how creative you get, guests are just ready to party.

“We’ve really been through the ringer, so it’s important to carry all of those things we learned over the past year with us,” said Lauren Montgomery, with California’s Collective Rentals, “because everybody is ready to rip the mask off and be outside.”