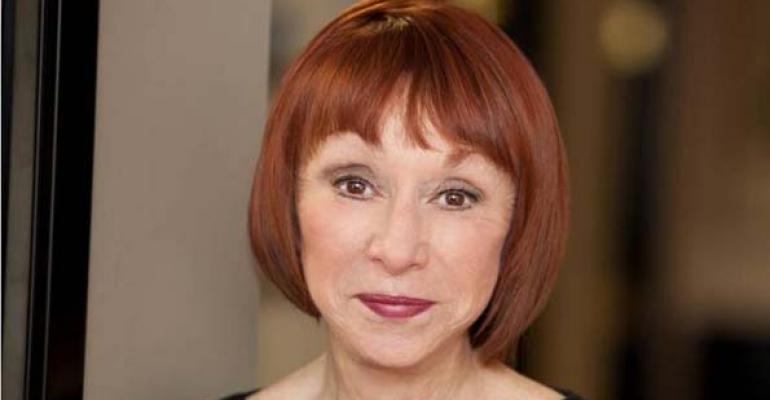 Thoughts on winning a Gala Award 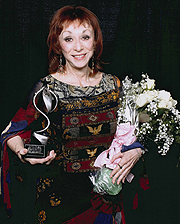 Once in a great while there is an event of such monumental importance that you have to absorb it for a while before sharing it.

On Jan. 10 at the premiere industry event for our industry (The Special Event), I was taken by surprise and honored by this amazing industry in a very unexpected and humbling way. As I remember it--and that night was a total blur--at the conclusion of a long awards ceremony I was just sitting in the center seat of the front row wondering if I had spent money on having my hair styled for naught when I heard, "Ladies and gentlemen, Mr. John Daly."

John Daly "here" in Nashville? My dear friend John who I had recently talked to ... but he was at home in Santa Barbara, Calif., yesterday. Or so I thought.

And then John started speaking, announcing a new and one-and-only-ever award that was being given that night to "someone" in the industry. John seemed nervous, and John is never, ever nervous, as he read information about this person, yet unnamed. As he kept reading, I heard a buzz from the audience behind me, and once in a while I would hear my name being uttered.Was he talking about me?

Finally, toward the end of his reading, clues divulged that it was indeed me and I was receiving the Gala Award for being the "Pillar of the Industry," a unique achievement award, a very special honor. It was given for a lifetime of elevating the quality, integrity, creativity and impact of this industry, as well as spearheading its international outreach.

Now, I have hardly ever been surprised. I am far too snoopy and obsessive for surprises. I need to know everything. So I have to confess that I was stunned. Once onstage I was close to speechless, and there were many different experiences happening to me all at once.

First I wanted to run right into John's arms, I was so happy to see him. But as you may know, with a fractured kneecap, I was not running anywhere. Gratefully, my son, Jon, was there and assisted me to the stage. Had he known and kept this from me? Apparently so.

Do any of you watch this season's many awards shows and wonder how such fabulous actors turn into blithering idiots near to incoherence when they give their acceptance speeches? Now, even with knowing they are nominated, they still ramble. Imagine when you have no clue what you do or don't say. That was me, clueless.

But now I have the opportunity to say what I didn't when onstage receiving the award from John, with my friend Bonnie Siegel of ASE Group (who also flew in just for this moment and kept it from me) delivering a bouquet of perfect white roses. All I needed was a tiara and a sash to feel like an aging Ms. Nashville (yes, that was one immediate blurred thought).

So here goes, my friends. Here's what I would have wanted to say:

I am grateful. I am humbled. There are no words or actions that could in any way say how much more I have received than I gave. This industry that I have loved for many, many years, has provided me with a wealth of experiences and friendships that have educated me, inspired me, and challenged me to grow as a person, as a business owner and as a parent and grandparent. I have been enriched in more ways than I can count. I have traveled first class to every major part of the world that I only dreamed about. I have met people from all walks of life that I now count on as dear friends. I have so much love in my life and so much support. And this very creative industry has provided me with all of that.

I didn't know that as I hobbled to the stage the hundreds in the audience gave me a standing ovation because I probably would have cried. I was too surprised to cry and was more concerned with whether I was still wearing both earrings and if my false eyelashes that I had splurged on that afternoon were photographing well, or after a week of talking did I still have a voice, and did anything I was saying make sense.

So, to TSE, and to everyone there, and even everyone not there, I say thank you. It was an incredible moment in time for me that I will never forget.

Andrea Michaels is president of Extraordinary Events, based in Sherman Oaks, Calif. This article appeared originally in Michaels' weekly "The Good News Letter."