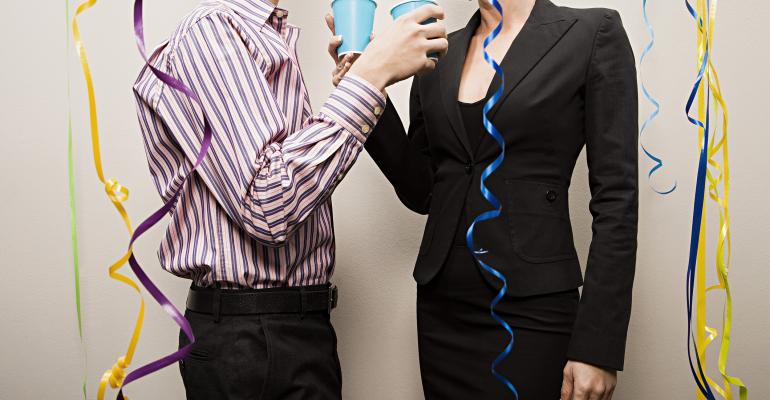 Is Harvey Hurting Holiday Parties? Survey Says ‘Weinstein Effect’ Might Be Putting a Chill on Celebrations

Are headlines over sexual harassment in the workplace putting a chill on holiday parties? The annual holiday party forecast by Challenger, Gray and Christmas suggests it, the company says.

Are headlines over sexual harassment in the workplace putting a chill on holiday parties this year? The annual holiday party forecast by Chicago-based outplacement consultancy Challenger, Gray and Christmas seems to show this, the company says.

According to Challenger's 2017 forecast on holiday party plans, conducted in October and November among 150 human resources representatives across the U.S., nearly 80 percent of companies plan to host holiday parties this year, approximately the same as last year. However, 11 percent of employers will not hold a holiday party this year after holding them in the past, up from 4 percent in 2016 and the highest percentage since 2010, when 24 percent of companies did not host parties, the survey says.

Just over 15 percent of companies will budget less for these affairs, up from 10 percent in 2016. Moreover, fewer of these parties will serve alcohol, use caterers or other outside services, or invite guests of employees to attend.

WATCHING OUT FOR THE 'INAPPROPRIATE'
“Employers are currently very wary of creating an environment where inappropriate contact between employees could occur,” said Andrew Challenger, vice president of Challenger. “One way to create a safer environment is to limit the guest list, hold the party during the workday, and avoid serving alcohol.”

The survey says that 47.8 percent of employers will serve alcohol this year, down from nearly 62 percent of company parties that offered alcohol service in 2016. Last year’s total was the highest percentage of employers serving alcohol since Challenger began the survey in 2007.

Meanwhile, 37.8 percent of companies will invite spouses, partners, and friends to attend the company soiree this year, down from 42.9 percent in 2016.

This scaling down does not appear to be due to diminished confidence in the economy. Nearly 48 percent of employers said the economy is better than last year, while 43 percent said economic conditions are the same as last year, according to the survey.

“It’s very possible the results we’re seeing are due to news reports of sexual harassment and assault at work,” Challenger said. “The company party is a way for employers to celebrate the accomplishments of their workers. It should boost morale and let workers know they are valued. It should not put anyone in an uncomfortable situation.”

“The current climate thankfully supports victims of sexual misconduct,” he added. “HR departments want to ensure workers have a safe and happy holiday season, not one marred by a disturbing workplace party experience.”