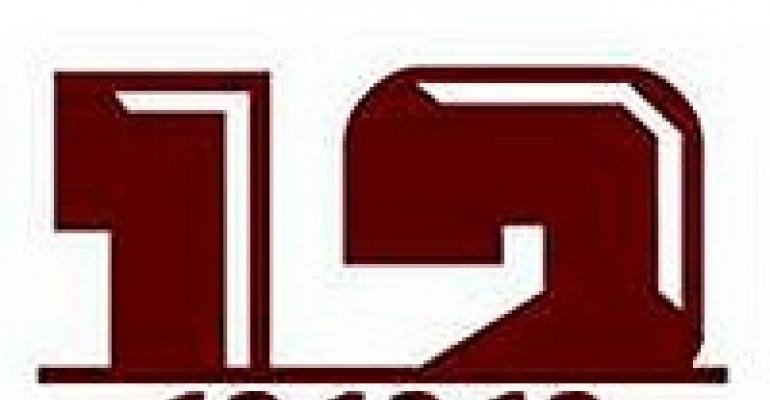 Alas--if 12-12-12 were on a weekend rather than a Wednesday, it could have been an event blockbuster.

While today will see a slew of civil ceremonies and quickie Vegas chapel weddings by couples eager to snag an unforgettable date, it won't see the big events put on by professionals.

And that's because it's a Wednesday, not a weekend.

Big rental companies interviewed by Special Events have little on the books for today.

"I'm not sure anyone here even thinks about the date," says Steve Kohn, president of Millers Rentals in Edison, N.J.

"Sorry, no," says Dan Hooks, CERP, president of Party Reflections, with outlets in Charlotte and Raleigh-Durham, N.C. He jokes, "I guess these Southern folks are not too keen on numerology.""

Maybe everyone who wanted to get married on 12-12-12 decided to go to Canada to do it.

Special Event Rentals, based in Edmonton, Alberta, has four weddings slated for today, notes Lars Erickson, director of business development. "Wednesday weddings in December aren't very common," he explains. "To have four on this date shows there are definitely people who are making an effort to have an easy-to-remember anniversary date."

The Seattle operation of Pedersen's also has a wedding today. The event is supposedly a cookie party, but the couple will surprise their guests by getting married. "He proposed last year on Dec. 12," notes sales associate Marni Ness. "They realized that this year's 12-12-12 would be a perfect wedding date for them."

Also, there are the predictions swirling around that according to the Mayan calendar, the world will end sometime between today and Dec. 21. Ness says she has several friends hosting combination birthday parties/end-of-the-world parties today.

Perhaps the ultimate-12-12-12 event today will be the "12th Man" ceremony at Texas A&M University in College Station, Texas.

The "12th man" is a term long used at Texas A&M and other schools to honor those who give their all to a cause. But today, the school will hold a ceremony honoring 2012 Heisman Trophy winner Johnny Manziel, the first freshman ever to win the trophy and only the second Aggie. The "Aggie War Hymn" will play at 12:12 p.m. local time on radio stations in the area.

Marquee Event Group founder Damon Holditch, CERP, CSEP, is a Texas A&M alum and is delighted. "I've waited 50 years for this team," he says. And in true Aggie tradition, he adds, "Gig 'em!"