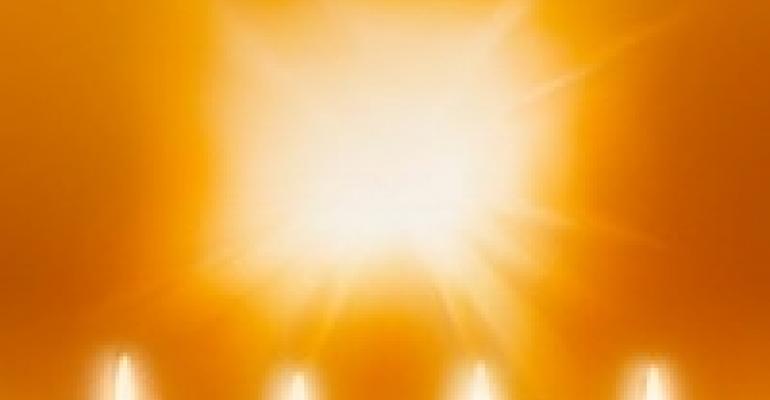 The world bade goodbye to 2007 with revelry Monday while embarking on a new year with new customs Tuesday.

Tight security watched over New Year's Eve revelries in Paris near the Eiffel Tower with some 4,500 police officers on hand, according to the Associated Press. Following its ban on smoking in many indoor locations, this year France will outlaw smoking in dance clubs, restaurants, hotels, casino and cafes.

In London, crowds gathered in Trafalgar Square and along the banks of the Thames to watch a fireworks display and hear Big Ben sound 12 resonant chimes. Starting as early as next week, travelers through British airports will be allowed to carry two pieces of baggage--not just one. That stringent security measure, imposed in the wake of an attempted terrorist plot in 2006, has caused crushing delays for travelers.

Starting Jan. 1, the euro boosted its reach, as Malta and Cyprus, both former British colonies, adopted the currency.

In the U.S., an estimated one million celebrants mobbed Times Square in New York to witness the 100th anniversary of the ball drop. The tradition began a century ago with a 700-pound ball of wood and iron lit with 100 25-watt incandescent bulbs. This year's event went green, featuring an energy-efficient sphere clad in Waterford crystals, with 9,576 LEDs that generated a kaleidoscope of colors, the AP reports.

The specter of terrorism haunted some cities. Fireworks were cancelled in downtown Brussels after police detained suspected Al Qaeda militants. In Thailand, bombs that authorities suspect were targeting New Year's revelers wounded nearly 30 people in a hotel near the Malaysian border.

But in Baghdad, ballrooms in two landmark hotels--the Palestine and the Sheraton--were filled with partygoers celebrating the New Year--a first since the U.S.-led invasion in 2003.