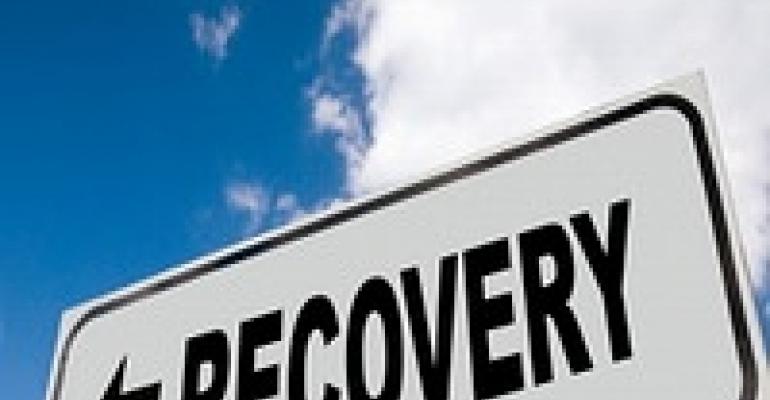 After a wrenching year, the special event business is perking up, the latest online survey from Special Events says, with 66 percent of respondents saying that their event workload for the first half of 2010 is as good as or better than it was in the same period last year.

Richard Carbotti, president and design director of Newport, R.I.-based event design company Perfect Surroundings, says his work is running 25 percent ahead of this time last year. "A lot of good things are coming at us," he notes.

The year 2010 "is shaping up to be 100 times better than 2009," says Pam Dzierzanowski, director of events for New York-based Patron Spirits Co. "People don’t seem as hesitant to spend money, partly because the backlash on event spending that so many companies experienced last year has seemed to subside."

The outlook for events is better in some places than others.

Colja Dams heads German-based event powerhouse Vok Dams Group, with offices in Europe, Asia, the U.S. and Middle East. He notes that while business overall is looking better this year, "In Europe and Asia we are way better than 2009, the U.S. is slightly better, but the Middle East is still down."

Also, certain events are coming back far stronger than others: events that drive revenue.

"Sales-driven events are becoming more and important," Dams notes, adding, "It is more important than ever to deliver sustainable ROI."

Sally Webb, CSEP, head of The Special Event Co., with offices in London and Durham, N.C., is enjoying a 60 percent increase in business in the first quarter of 2010 versus last year. And while she sees clients keeping the budget reins tight on their decor and catering spend, they are "increasing their spend on the marketing and branding components of the programs," she says. "Marketing budgets seem to have come back stronger than sales and incentive event budgets."

While noting that the market is still in "disarray," he says, "The general feeling is that clients feel conservatively optimistic that 2010 will be equal to or better than 2009. There are not as many events now as there were pre-2008, but it is better than 2009. What’s improved is that the wholesale cancellation of events we saw in 2009 has diminished."

Not only are the violent business swings past, "Clients that attempted to re-create quality results on a fraction of the available budget in 2009 have now gotten their management to agree to more realistic budgets for 2010, based on the results of those events," Rubenstein says.

Although the uptick in business is welcome, many event professionals say some of the same problems still plague them—especially short lead times. Lead times are "crazy close," Webb notes. "Clients are not getting their own budgets approved until nearer to the event date, but they also realize they are in a buyer's market and will still be able to achieve their results in shorter lead times."

The online world is helping many event professionals stay in the game—and win.

Carbotti praises the power of what he calls "passive marketing"; "Social networking works for us," he notes.

Dams notes that besides an ongoing focus on quality and ROI, his company's events stress "how to use Web 2.0"—or Web applications that enable interactive collaboration. Vok Dams has just issued a C02 calculator as an iPhone app—the app helps calculate the carbon footprint of an event. The German version is now available for download; an English version is in the works.

Other event professionals are having to reengineer who they are and what they do.

High-end event designer David Beahm, head of New York-based David Beahm Design, is coming off a "dreadful" 2009 and into a busy 2010 with alternative revenue streams, including a partnership with an online floral service and his new David Beahm Destinations arm, offering what he describes as "romance and educational packages in some of our favorite destinations." Both these ventures "will build synergy for the mother company and help expand the brand," he explains. His other business strategies: "A lot of chattering on Facebook and Twitter—and a lot of deep breathing."

THE YEAR OF BAD EVENTS?

Many event professionals remain cautious about the year ahead.

"Some companies are still, 'Events are off,'" says Ryan Hanson, with Minneapolis-based BeEvents. "Others have shrunk the event department, but brought back all the events they cancelled in 2009--plus more--but with no new staff or money to hire consultants. They all need a lot of help but don’t have the cash flow or the time to ask for it. My fear is that this will lead to a year of bad events."

Erick Weiss, president of Los Angeles-based Honeysweet Productions, cautions that while 2010 is off to a "great start," he says the rest of the year remains "on shaky ground."

"Clients seem to be willing to go for it again, but there’s been a titanic market adjustment," he explains. "Everything is simply more competitively priced. Everyone’s price points and budgets have come down." His advice: "Staying afloat means staying positive, being aggressive about sales, focusing on service and getting some good old-fashioned outdoor exercise!"

Alive and Thriving: Tips from Veteran Event Professionals on Staying in Business