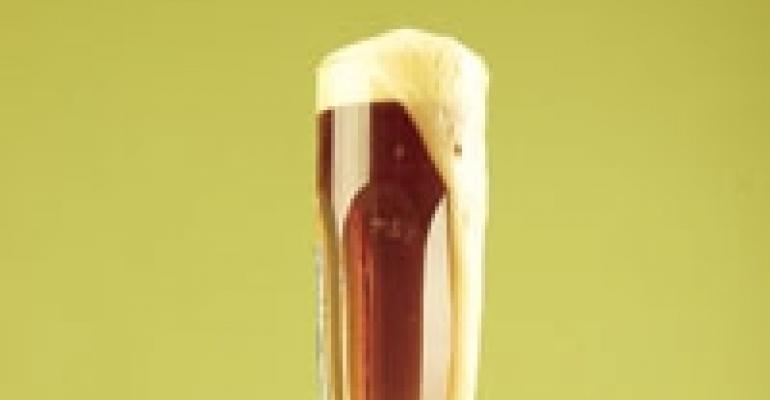 The lousy economy is worry No. 1 for nearly 90 percent of event rental operators — but at least they haven't lost their sense of humor. “I love a recession,” cracks John H. Crabbe Jr., CERP, head of Vermont Tent Co. of South Burlington, Vt., and ARA president. “People answer all your calls, and vendors give great deals.”

There's no question the market has changed. The month of December was “the weirdest I've ever gone through,” says Richard LoGuercio, a party rental veteran. Now head of Van Nuys, Calif.-based Town & Country Event Rentals, LoGuercio was also the founder of powerhouse Classic Party Rentals and shepherded it through most of its first 20 years. But at the end of 2008, “I was going home on time nearly every day instead of working till 11 p.m.”

The rental industry retains some of its traditional optimism about business this year. A third of respondents to the annual Special Events Magazine survey say they expect to handle more events this year than last. But that's a steep drop from the mood last year, when nearly 80 percent predicted a boost in business. (See charts beginning on page 28.)

Many operators are in wait-and-see mode, holding back on making big purchases and trying to hold the line on their own pricing.

“We're not offering major discounts across the board like some of our competitors are doing so we don't get locked into lower prices, but we are being competitive on a case-by-case basis,” says Elaine Herman, sales manager with Burlingame, Calif.-based Blue Water Party Rentals. “It seems to be working for us.”

Hall's Rental, based just outside of Chicago, is in the midst of its customary snowy, slow season. Co-owner Jack Luft says he is watching expenses carefully, “And we are checking in with our best customers even more than usual to see if there is anything they need from us that they would not have asked about in prior years,” he says.

Indeed, caring for customers — and especially reaching out to win new ones — is the biggest focus of rental operators today. Some 82 percent of respondents to this year's survey say they are pursuing new clients, and 74 percent are boosting their marketing efforts, making these the No. 1 and 2 strategies to increase sales.

Cleveland-based Event Source is taking its cues from the hospitality industry and doing “focused sales visits,” notes president John Bibbo Jr. “We've never been a company that thrives on the hard sell, so we work on building relationships and educating the customer on how our brand works to ensure their success.” The company has long cross-trained employees so that every member of the team can act as a salesperson. “This optimizes our sales and marketing program and ensures that we capitalize on every chance we have to engage a prospective customer,” Bibbo says.

LoGuercio's sales team will be going after the wedding market. “That's the nice thing about this business,” he says. “Even though corporate business is almost nonexistent, people will still have weddings and bar and bat mitzvahs — the social end.”

Many rental operators are deciding that rough economic seas mean they need to run a tight ship. Some 47 percent say they will streamline operations this year, up from 27 percent in the 2008 survey results.

Van Nuys-based L.A. Party Rents has kicked off an aggressive program to cut operating costs, especially labor, notes president Jerry Nehus. He put his 100-employee workforce on a four-day workweek, cut six hours a day from the company's working hours and instituted a schedule of six nonpaid holidays. The new approach will be in place for at least the first quarter. Although his employees are making less, they still have their jobs, and “not one person has failed to understand or questioned” the program, Nehus says.

The streamlining at L.A. Party Rents has meant its pricing is 12 percent to 20 percent lower than the competition, Nehus says, a huge advantage in today's market. In boom times, “Prices didn't matter” to clients, he explains, but now price is “the No. 1 concern.” His company saw a 2.5 boost in sales in the last quarter of 2008 thanks to its price advantage, he says.

Not surprisingly, the “problems” rental operators fret about in good times seem less important when times are bad.

Although more than half of respondents bemoaned the lack of good workers in the 2007 forecast, that figure dropped by half this year. Some 63 percent of respondents complained about the high cost of insurance in the 2004 survey, but only 23 percent see it as one of their greatest challenges this year.

Consolidation in rental, led largely by Classic, has been changing the face of the business over the last five years. Yet only 6 percent of respondents see consolidation as one of their greatest challenges, according to this year's survey. In fact, for L.A. Party Rents, consolidation in the Los Angeles market has put a brighter spotlight on his business, Nehus says. When clients are required to get three bids for a job, “Now we're pulled in,” he explains.

WHEN WILL IT END?

How long will the economic slump go on? Opinions vary widely, with Crabbe predicting the pain will carry on into 2010.

Apres Party Rental had “the best year we ever had” in 2008, notes Charlie Feldbaum, head of the Minneapolis-based company, “so that will be a hard year to follow.” He is not optimistic about a turnaround in 2009. “We cannot be foolish in thinking our industry, which is led very much by corporate business, will be better or even the same as 2008,” he says. “Our business is not something everyone needs — except the bridal market — so we have to tighten up everything to continue to survive.”

Dan Nolan, general manager of Marietta, Ga.-based Tents Unlimited, sees a “rough ride” for the next 12 to 18 months. But he cautions against what he calls a “panic mode” mentality. “Companies that do not have strong management have already begun to make poor decisions on everything from pricing and service-staff cuts to abandoning their marketing plans,” he says. To survive and thrive, “It will be very important to make sound business decisions and continue to strive for a higher standard of service.” (For an interview with Nolan, see page 58.)

Luft is more optimistic. He thinks a rebound could come this summer, thanks in part to the spirit of change and optimism that new U.S. President Barack Obama brings.

“Also, I think that the special event industry is much more mature now than in earlier downturns,” Luft says. “The promotional events, dining out, and all the events we participate in are now part of the fabric of our culture; they are not considered just luxury items.”

Thanks to his tenure in the industry — his family has run Hall's since 1958 — Luft also brings the long view to the business. “I remember after the [1981-1989 U.S. President Ronald] Reagan years, then the dot-com boom and bust, and then after 9/11, the common refrain was that people will never spend like that again, but each time it came back bigger than ever,” he says. “Americans do have short memories for the bad times, and I think our industry will come back stronger than ever.”

“Things may get worse before they get better, or they may turn around a lot sooner than we once expected,” Bibbo says. “Who's to say? I think that recovery starts with a celebration — preferably one that needs rentals.”

What do you predict in revenue from business/corporate events versus social/private events in 2009 versus 2008?

The entire 2009 forecast is available for a nominal fee.