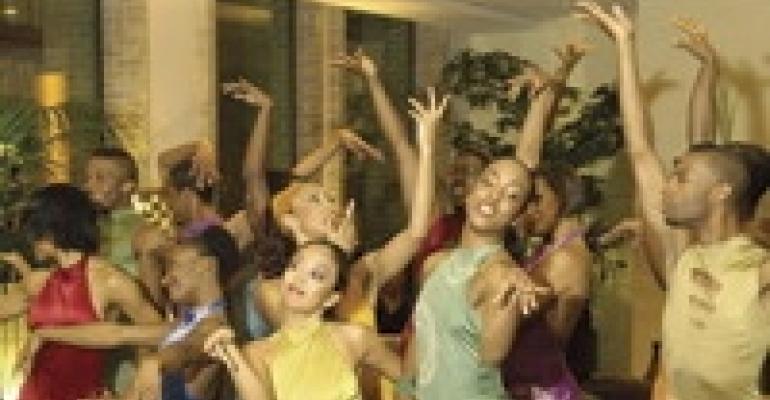 Advice on Winning a Gala Award from Special Events Magazine

Gala Award nominees attended January's awards ceremony during The Special Event in Atlanta with crossed fingers and high hopes. For some first-time winners, victories were sweeter after years of nominations, while repeat winners celebrated the addition of another Gala trophy to their collection. The stories behind the wins are as unique as the event professionals themselves, but most winners agree that receiving a Gala Award is confirmation that their work is among the best in the industry.

Persistence pays when it comes to winning a Gala Award. Joyce Scardina Becker, CMP, owner of San Francisco-based social planning company Events of Distinction, first entered the Gala Awards competition in 1997. The time spent preparing entries “became a learning experience, since it took several years before winning,” she says. To increase her odds of receiving an award, Scardina Becker attended presentations at The Special Event on how to submit entries and honed her writing skills. Her work paid off when she won an award for “Best Wedding” at The Special Event 2007, followed by another for “Best Event for a Private Individual” this year.

Because Scardina Becker is self-employed, the Gala Awards “have become my annual report card,” she says. “If I win a Gala, it feels like I have earned an A-plus-plus-plus.”

Debbie Meyers, CSEP, founder of Dallas-based Bravo Entertainment, took home one of the “Best Event Entertainment” awards this year. She has simple advice for future Gala Award entrants. “Prepare by targeting award-worthy events before they take place,” she suggests. “Gather documentation during the event-planning process.”

When preparing the Gala Award binder, Ingrid Lundquist, CSEP, founder of Sacramento, Calif.-based The Lundquist Co. and winner of the “Best Event Marketing Campaign” award in January, says that it is important to support entries with credible documentation and collateral. “We have been told that our entries stand out because they tell a well-written and visual story,” Lundquist says.

Gala Award winners say that the benefits of receiving industry recognition are twofold: It helps bring in new clients and builds camaraderie among team members. David Merrell, CEO of Los Angeles-based event firm AOO Events, who won an award this year for “Best Theme Decor,” says that “being an award-winning or nominated event company helps in steering clients to a decision to use our services.”

Meyers said that winning a Gala Award not only brought in new business but also sealed the deal with clients she pursued before the win. The positive effects of winning an award can sometimes be immediate. “I was approached by several people the night of the Gala Awards, and they have since invited us to work them,” she says.

A Gala Award doesn't just look pretty sitting in your office — it can be an effective marketing tool. Andrea Michaels, president of Sherman Oaks, Calif.-based Extraordinary Events and winner of a “Best Event Entertainment” award this year, takes advantage of the company's wins and nominations by mentioning them on its Web site.

King Dahl, executive director of event design for Las Vegas-based MGM Mirage Events and winner of a “Best Event Produced for a Corporation” award this year, brings his team's success to the attention of current and potential clients “via print and digital media and by proudly displaying our awards in our studio.”

Follow the new Gala Award rules to win big; this year's competition is open to events that have taken place between Sept. 1, 2007, and Aug. 31, 2008. Highlights of the Special Events Magazine Advisory Board's new rules for the Gala Awards:

Turn to page 48 in this issue for the Gala Awards entry form. You can also download a form plus an interactive PDF for the required Gala Budget form at specialevents.com/Gala_Awards.