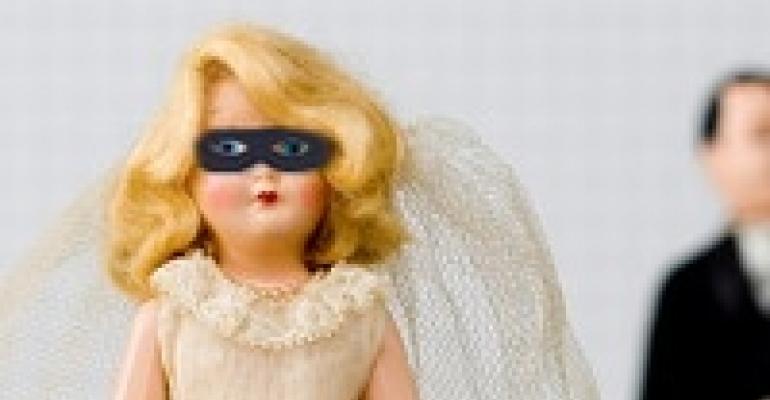 Special Events learned last week of a veteran Midwest event planner who was duped out of nearly $4,000 by a phony bride. The scam followed the typical pattern: The out-of-town "bride," who said she wanted to wed in the planner's city, sends the planner a cashier's check. The check represents an overpayment, and the planner is instructed to deposit the check and wire the excess funds to the "band." But the cashier's check turns out to be a fraud, and the planner is out the money forwarded to the fake "band" as well as any other bills paid on the worthless check.

In June, Mary Litzsinger, president of Westlake Village, Calif.-based VP Events, told Special Events that she had been contacted via e-mail by a "bride," who signed contracts and sent in a cashier's check. The check was an overpayment, and the "bride" asked VP Events to wire-transfer the excess to her "band." "Lucky for us, we did our due diligence and found out all of this before we acted upon this," Litzsinger says.

The scam uses the same techniques that Special Events reported in its September issue in the article "Beware the Cashier's Check" by Carolyn Arthurs.

Arthurs, owner and senior designer at New Orleans-based All About Events, is collecting stories of event professionals victimized by this scam with an eye toward getting government regulators to take action. She tells Special Events, "Please ask that they send me their story in personal, descriptive form to get to the hearts of the government officials--still being anonymous if they prefer--and include where they are located by city and state and copies of what they have received. I will also be able to answer questions for anyone who is suspicious and send them examples of some of the things I've gotten. Seems like the advice to make them pay by credit card only is scaring the culprits away, but I'd rather them be caught. Its only a matter of time before they catch on and make their way around that obstacle, too."

Arthurs asks that details be e-mailed to her at [email protected].

"It's humiliating to be scammed, and no matter how many others there are in the same boat, it's still heartbreaking," Arthurs says. "I hope they know that it is only the fact that deep down there is a belief in basic human trust inside of good people that makes us fall into the trap. I hope that belief doesn't go away for those who have been hurt by this, but rather that they become more aware and use the experience to make them each stronger."