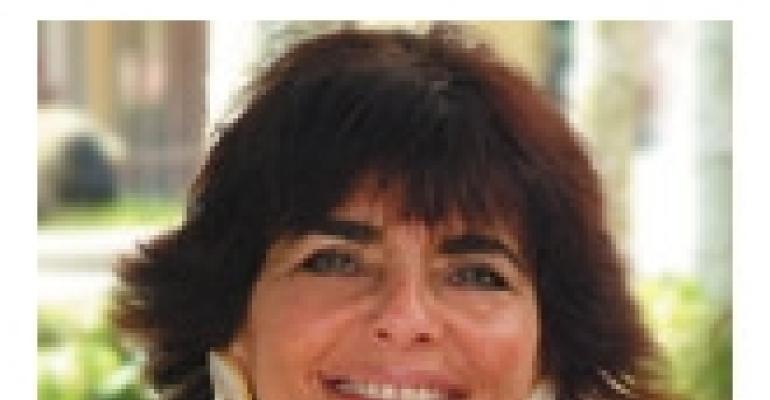 ELLEN Burnett has worn a lot of different hats in the course of her career. The senior vice president of Waltham, Mass.-based Best of Boston, a 25-year-old DMC that began as a corporate-spouse tour operation, did not follow a conventional path to event management. The former director of drug training for the Massachusetts Criminal Justice Training Council has a master's in criminal justice that she wishes were an MBA. As it is, Burnett credits her knowledge of the special event industry to “learning on the job.”

After tiring of the stress involved in the world of illegal substance abuse, Burnett made a switch to the decidedly different career of running a small tour company with business partner Linda Simon. The move came about because the women wanted to enjoy what they were doing, which Burnett explains as “showcasing to visiting business execs and their guests the things we enjoyed most about Boston.” In an example of “completely serendipitous” timing, Burnett says, the launch of Best of Boston “was coincidental with the upturn in Boston becoming a premier meeting destination.”

Burnett believes the company has two important attributes that contributed to its success in the event management industry: creativity and a service ethic. “We believed we could excel,” she explains, which prompted Best of Boston's expansion into managing events in addition to tours.

After 25 years, Burnett casts an experienced eye on the event industry's developments. She cites the past five years as having brought the most change. One modification that's taken place is “the planning time has decreased tremendously,” Burnett says. While a large event may have benefited from almost a year of planning 10 years ago, an event of the same size now only gets a few months of lead time, she says.

Burnett points out positive aspects of the industry transformations over 25 years. “Better things come from our partnerships with both Global Events Partners and the DMC Network,” she says. The DMC groups' worldwide membership provides an “extensive national and global view by networking with partners,” she says. She adds that a “more difficult area” of change is the adoption of stringent laws such as Sarbanes-Oxley, which can curb corporate spending. It is necessary and sometimes challenging to ensure “clients receive all of the services they require” while abiding by the recent changes in regulations, she says.

“Change is always challenging,” Burnett notes, but she describes the acquisition of Best of Boston by BostonCoach — a Fidelity Investments company providing ground transportation in cities worldwide — as a “true win-win situation.” Indeed, she says it's “especially advantageous” in light of the fact that Best of Boston does a lot of transportation and airport meet-and-greet work.

After building Best of Boston into the DMC powerhouse that it is, Burnett says that she feels proudest of her event team. “Our employees are some of the most talented and dedicated in the business,” she notes. “They are always motivated by the ethic of the service we are committed to providing our clients.”