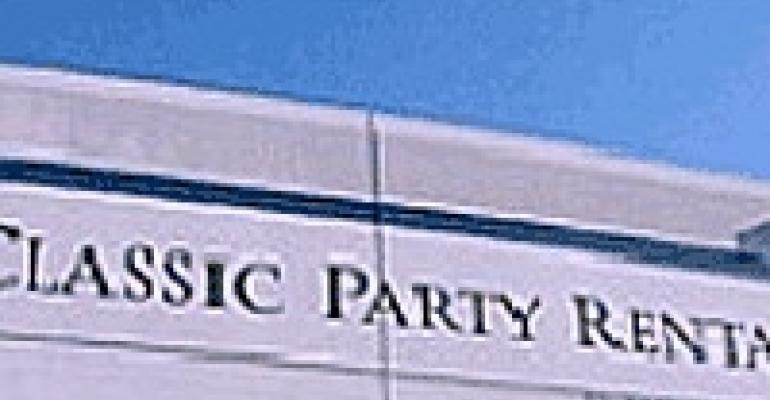 “As the leading company in one of the top markets in the country, Chicago Party Rental has developed into a fantastic business,” John Campanelli, CEO of Classic Party Rentals, said in a statement. “We share their dedication to clients and employees, core values and approach to the business. By strategically adding the experienced Chicago Party Rental team to the Classic family, we gain a strong hub to branch out from in the Midwest, and we can now better serve our Chicago-based clients, national accounts with local operations, and large national events. ”

“We are excited to be part of the nation’s leading party rental company,” said Lance York, co-owner of TriServe. “New York clients are always looking for new and exciting products, and now we have the resources to go get them.”

Classic will continue to operate the business at the company’s existing showroom and warehouse, located in Manhattan’s Garment District and the Bronx, respectively. The locations will be re-branded as Classic Party Rentals. York will serve as general manager and executive John Dawson will continue with the company as operations manager.