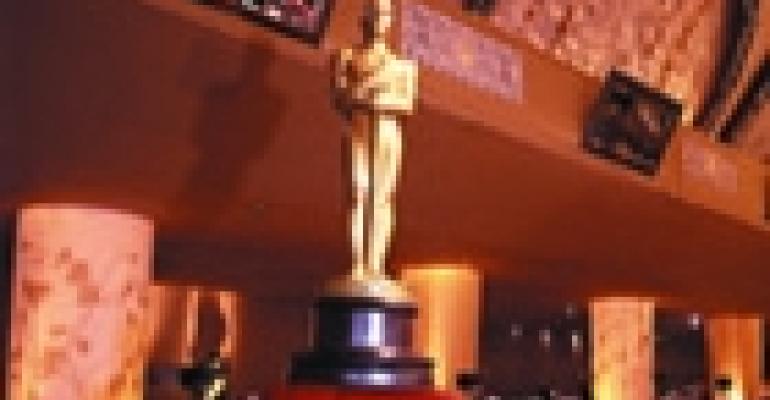 Slated to move next year into a new, state-of-the-art theater in Hollywood, the Academy Awards Governors Ball — held for the last time at the Shrine Auditorium in downtown Los Angeles in March — took a look at the past.

Inspired by the Edwardian period, event designer Edgar Zamora of Los Angeles-based Revelry created the look of a parlor, placing high-backed ottomans in the corners, covering columns with frescoes on fabric, and decorating the bars with chinoiserie-style paintings.

Cheryl Cecchetto of Culver City, Calif.-based Sequoia Productions — producer of the event for 12 years — says the room was “so romantic, so inviting, people stayed much later this year.”