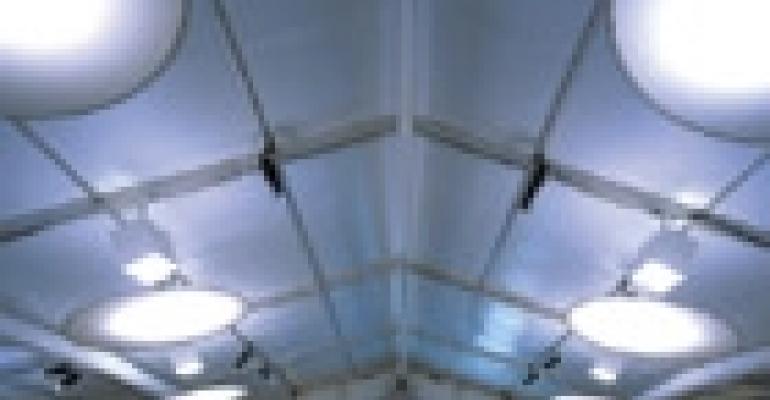 To compete with the fashion shows of Europe, the Council of Fashion Designers of America sought to unify the U.S. market under one fashion front. The result: 7th on Sixth — a nonprofit organization that created New York's Fashion Week and the “7th on Sixth” series of fashion shows held over the course of nine days.

Lynn Longendyke, who has worked on the biannual event since 1994, notes that it has “grown immensely” over the years. “When we started out, we were doing about 40 shows a week,” she says. “Now we're doing 70 to 80.” 7th on Sixth has grown from 40 thousand square feet to more than 65 thousand square feet, spanning an entire lawn in the middle of Manhattan's Bryant Park.

The biggest challenge facing Longendyke is the tight schedule. “It's a tough build,” she says. With just 12 days to set everything up, Longendyke's team works seven days a week, 24 hours a day, to create a venue that is flexible enough to satisfy the requests of the more than 80 designers involved with the project.

Ira Levy of New York-based Levy Lighting took the challenge, setting up in two days a lighting package for the February shows that was both functional and dramatic: For the seven tents — provided by United Rentals of Frederick, Md. — that housed lobbies, product showplaces and four theaters, he customized the light sources with white boxes rather than black, avoided the use of trusses, and bounced lighting off spandex disks rather than relying on more traditional downlighting.

Longendyke listens to the designers to keep the event fresh. “In the fashion industry, inherently, things do change,” she says. “We give people a lot of choices and a lot of flexibility.”