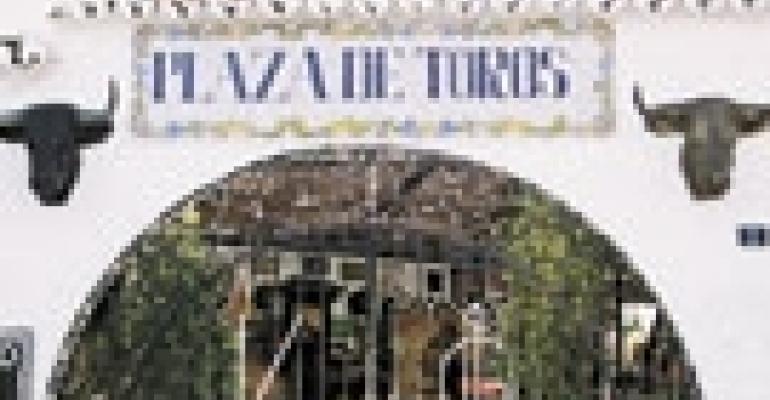 When Smith Fairfield president Jennifer Smith visited a bullring in the Spanish hilltop village of Mijas several years ago, she knew she had stumbled upon something special. “Jennifer instantly thought it would be a fabulous place for an event,” says Teresa Larson, senior vice president of Smith's Alexandria, Va.-based integrated communications and event management firm.

Larson explains that it was a “total coincidence” that international telecommunications company Cable & Wireless had southern Spain picked as its site when it hired Smith Fairfield to produce an awards dinner.

To prepare for the June 21 gala — part of an incentive program for the client company's top U.S.-based performers — Smith visited the site during the year preceding the gala to meet with local vendors and share her vision for the event design. Smith Fairfield also had to secure permission from the city's mayor to use the public bullring for a party, Larson says.

Setup for the gala involved running strands of twinkle lights around the bullring's perimeter and setting about 600 pillar candles on stone bleachers at each end of the ring. For the guest tables, Smith Fairfield had towering wrought-iron centerpieces custom made. “Since we were in an open space,” Larson says, “we could go up as high as we wanted.”

On event night, Smith Fairfield's greatest challenge was the language barrier, especially when it came to maintaining the evening's tightly timed and scripted program. “We had to cue everything, but we didn't speak any Spanish and our band leader didn't speak any English,” Larson says. Calling on the help of an interpreter, “We had to keep a half-step ahead of everything to make sure it worked out,” she adds.

For the guests, though, the evening played out seamlessly, says Crystal Page, senior manager of sales incentive programs for Cable & Wireless. “This event was especially spectacular,” she says. “There was an intimacy created in the bullring despite the huge space. To make 260 people feel so close in that venue was very special.”

[Webinar] Prepared for Anything: How to Set Up Your Event Program to Weather Any Storm
Jul 11, 2022