View Our Webinars!
Featured
Mouthwatering Menu Trends for the New Year
Apr 19, 2021
[Webinar] One Step Ahead, Predicting the Future of Event Technology
Oct 12, 2021
Ignite the Light
Oct 12, 2021
Three Months to Go!
Oct 11, 2021
Special Events
brought to you by 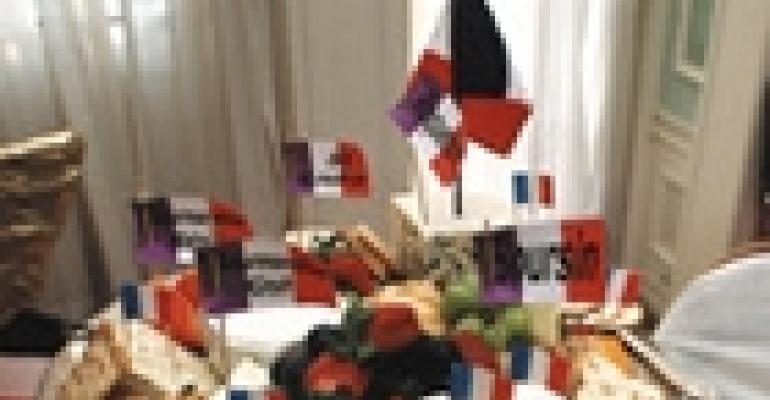 DANIEL CORDASCO, director of resource development for Catholic Community Services of Newark, N.J., decided to go with a French theme for CCS' annual May fund-raiser. The entire evening, which cost little more than $150,000, brought more than $1.2 million in donations. Cordasco, who has done this event for 26 years, credits long-term relationships with vendors for his ability to maintain the same budget four years running. Simply put, he says, “You have to be nice to people.”

To transform the Bayley-Ellard mansion — now part of a school in Madison, N.J. — into a French “chateau,” Cordasco brought in a 42-foot-tall Eiffel Tower replica he had spotted at The Special Event 2000 and placed it at the entrance of the building. As guests drove up, two actors dressed as gendarmes greeted them, directing them inside, where two “French maids” checked coats. Food stations tempted guests with caviar and French cheeses.

Cordasco set up a tent adjacent to the mansion to accommodate the 840 guests. Ninety-three tables were draped in red linens supplied by Hackensack, N.J.-based Alan Party Rentals. Gold tassels tied around the napkins added an elegant touch. Centerpieces featured gold silk flowers surrounding the base of PVC piping, upon which sat a Styrofoam Eiffel Tower. Cordasco spray-painted the piping and tower gold to give them a look of heft.

Later in the evening, entertainment included a “Left Bank” fashion show featuring what Cordasco describes as “outrageous” costumes from a Parisian designer he had met while in New York.

Cordasco knew the evening was a success when the fund-raiser's honoree approached him and said, “I can't believe what a wonderful evening — from start to finish!”

When You Should Outsource Your Marketing
Oct 25, 2021