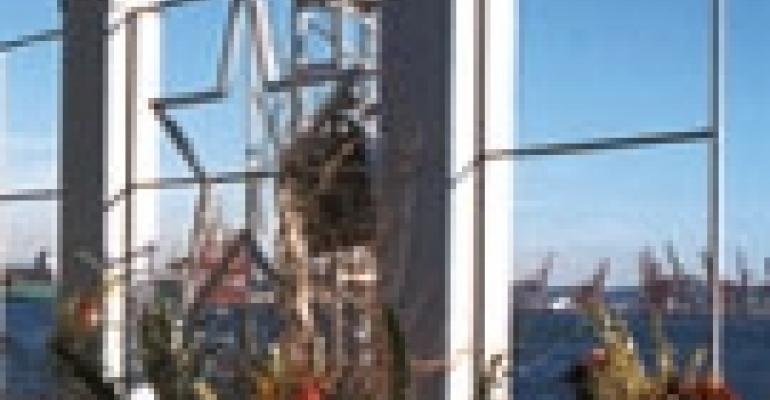 THE DRAMATIC BEAUTY of the Olympic Mountains and Seattle harbor formed the backdrop for the 2001 Major League Baseball All Star Gala in July, hosted by Major League Baseball and the Seattle Mariners. The flexibility of the site — Bell Harbor International Convention Center — permitted an outdoor event without tent backup in the face of Seattle's notoriously rainy weather.

With a cruise ship docked until late afternoon the day before the gala, setup time was tight. The event team met the challenge by relocating a 190,000-pound gangway within 3 1/2 hours. “It's the first time we've moved it mid-season,” says Kathy Jobs, director of sales and conference services at Bell Harbor. Jobs and her staff worked with a large structure-moving company that came in with big forklifts to get the job done. The 12,000-square-foot Elliott Hall on the lower level of Bell Harbor opened up its walls onto 60,000 square feet of waterfront pier. As a result, ESPN could move in a stage for live coverage of the event, and the 5,000 guests enjoyed clear views of fireworks later in the evening.

“Our goal of the event was to throw a spectacular gala that exuded the spirit of Seattle,” says Eileen Buser, manager of special events for New York-based Major League Baseball. Complementing the dramatic views were stations featuring dishes from 20 prominent Seattle restaurants as well as music from Seattle-based artists.