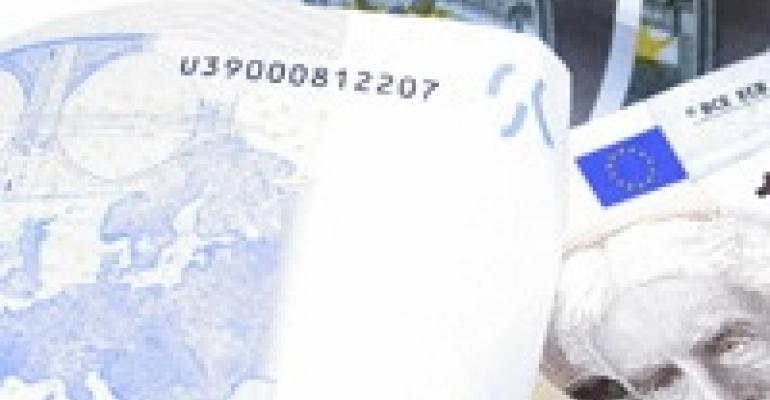 Feeling sound as a dollar? If it's a U.S. dollar, then maybe you're not feeling so well.

Over the last five years, the U.S. dollar has steadily lost value compared with other major currencies. The euro — the sole currency for more than 320 million Europeans — has risen more than 70 percent against the greenback. And the Canadian dollar is up more than 60 percent, reaching parity with the U.S. dollar for the first time in more than 30 years.

Currency fluctuations are not just news in the financial pages. Event professionals who work internationally are getting a crash course in money management.

GAIN SOME, LOSE SOME

The good: “Most of what we purchase comes from suppliers in the U.S., and the selection for the rental industry is better” there, notes vice president Rhonda Pedersen. “Now that the U.S. dollar is almost on par with the Canadian dollar, the products cost us about 20 percent less.”

On the downside, the strong Canadian dollar is pricing out Vancouver as an incentive travel destination for U.S. companies. “No U.S. incentive houses coming to our neck of the woods means the great, big-budget parties are scarce,” she says. Although the local economy in Vancouver stays strong, “Incentive travel business in this area is down about 10 percent.”

Toronto-based Dana Zita, CSEP, has seen her business mix flipped by roiling currency rates. Just three years ago, her conference and event management company And Logistix did almost 60 percent of its business in the U.S. That has dropped to about 40 percent today, due to the slipping U.S. dollar plus a wave of mergers, she says.

The falling U.S. dollar took her profits down with it on a big event in February, which brought more than 2,000 attendees to Puerto Rico. When planning started 18 months earlier, the Canadian dollar was pegged at $0.85 U.S., but rose to $1.01 when the event started. “During those 18 months, the exchange fluctuated as high as $1.09, making budgeting very difficult,” Zita says. “In most cases, the client ended up saving money because many of the budgets were based on earlier exchange rates. Converting commission payments to Canadian dollars now has resulted in a loss of revenue for us.”

Event professionals are tackling the problem head on, building protections into contracts and keeping an eye on currencies.

WE KEEP THE MONEY

Glen Lehman, CSEP, managing director of Sydney, Australia-based Lehman & Associates, has a project slated for September in eight states in Malaysia. To protect himself, “We have quoted everything in U.S. dollars and have asked for full payment up front,” he notes. “The U.S. dollar is marginally greater than the Australian dollar, so we are covered.” He has stipulated that all monies are non-refundable, has added a 20 percent contingency fee and is requiring the client to pay all suppliers directly.

To reduce her exposure to risk, Zita times payables carefully. “Especially for the Puerto Rico program, we tried to pay as many of our suppliers as we could when the U.S. dollar was at its lowest,” she says. “We also hold money in our U.S. bank accounts until exchange rates come back to our favor.”

Based in Britain, catering and event production company Global Infusion Group lives up to its name, working across Europe, the U.S., the Middle East and Asia. The introduction of the euro within the European Economic Community countries in 2002 has been a boon to the company by cutting down the number of currencies GIG must work with. For non-ECC countries, GIG management turns to a local approach and cold, hard cash.

“When working abroad, we source the majority of our produce locally, so having local currency reduces the exchange rate risk substantially,” notes sales and marketing manager Liz Madden. “We also try to pay as many of our local suppliers in cash as we can, to use up these funds and to avoid exchange charges.”

Her job procuring and producing entertainment has Debbie Meyers, CSEP, working in Japan, Canada, Mexico, Germany and the U.S. Although her Dallas-based company Bravo Entertainment contracts in U.S. dollars for customer who buy products and services from her, working internationally is different. With, for example, a German artist being hired by a Canadian company to work in Canada, “It gets a little complicated to convert from Canadian dollars to U.S. dollars to euros,” Meyers says. “In this situation, we will bid and also contract with the customer in Canadian dollars, as they are holding fairly steady with the euro.”

She notes that the softening U.S. dollar offers the potential for added revenue if it falls between the time of contract and the time of payment. “If you contracted for €10,000 [10,000 euros] in January, the U.S. dollar equivalent would have been $14,745,” she says, “but if you are paid that €10,000 in June, it would convert to $15,553 U.S. dollars. So there is a financial advantage to contracting in the stronger currency.”

One event professional hopes that governments find a way to shield the companies who bring in business. “We consider this an important topic,” notes Fermin Perez, CEO of Madrid-based Global Events, in light of the fact that events “bring money and work to the country.” Global Events has worked in more than 25 different countries. “Our clients want to visit new countries from one convention to the next,” he says.

Although the current market swings have been wide, managing currency exchanges over borders is nothing new. “We have always had to think about currency when doing business,” Pedersen says. “As Canadians, it's in our blood.”

Coming next, a case study in foreign exchange.

Regal Tent Productions of Stoney Creek, Ontario, installs tent structures for projects across North America and the Caribbean. “We pay for our distributed products in the currency of the manufacturer,” notes general manager Gavin Wells. As a result, “When distributing products that we don't manufacture in-house, we are exposed to currency exchange risk when the customer's country differs from the manufacturer's country.” And the longer the lead time, the greater the risk.

Regal has created its own set of rules to limit its exposure to currency rate fluctuations: