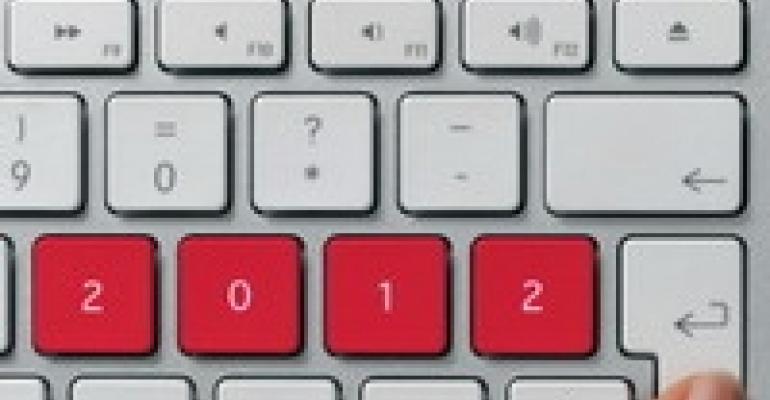 Event Pros to Focus on Innovation, Social Media in 2012

As worries about the economy begin to ease, special event professionals examine how they can succeed in 2012.

Confidence that the economy is at least beginning to stabilize has special event professionals more optimistic for 2012, but some familiar hurdles will remain for the foreseeable future. The findings come from the survey conducted annually by Penton Media, parent company of Special Events.

The percentage of in-house event pros saying that an uncertain economy will be a big challenge this year came in 49 percent. This is a sharp drop from the forecast for 2009, a tough year when 78 percent of in-house pros were worried about the impact of the bad economy.

Independents remain more concerned about the ups and downs of the economy. For the 2012 forecast, 69 percent say an uncertain economy will be a challenge for them this year. This is, however, an improvement over the 2009 forecast, when a whopping 88 percent of independents were alarmed by the uncertain economy.

Read more about how the economy affects the special event business.

In-house event pros feel better about their own jobs. Only 18 percent say that "my own company's uncertain finances" will be a worry this year, down from 26 percent in the 2009 forecast.

In a similar vein, 81 percent of independent respondents said "reduced client budgets" would be a big challenge in 2009, a figure that has dropped to 69 percent in the 2012 forecast.

Both in-house and independent event pros say the No. 1 secret to success in 2012 will be "creating events for smaller budgets."

In the 2012 survey, respondents hit on several of the same themes they have in recent years—namely, relying on creativity to create wonderful events without much money to spend doing so.

"We have to do more with less—but that's nothing new," one respondent says.

One respondent jokes, "Maybe we can coin a new phrase: 'sheac,'" which, the reader says, means "cheap, flashy, yet elegantly chic!"

Another respondent warns that event pros must continually top themselves. Success will come from "being able to talk to your clients, understand their needs/wants/constraints, and give them what they want—but better than they imagine."

Indeed, many respondents say that to win in 2012, event pros must change along with a changing world.

"We have to toss out the old tricks we've used and reinvent what we do," as one respondent puts it. "Let's not produce another gala, fundraiser, fashion show or concert using the same methodology. Let's invent the future!"

Based on the write-in responses from the survey, the "new technology" respondents are likely referring to is the wild world of social media.

Some respondents see social media as a remarkably flexible tool that will not only help them market themselves but also improve events themselves.

Says another, "Social media will keep attendees informed, increase dialogue with attendees and [help] come up with new events that entertain our attendees."

AND WHEN YOU GET LEMONS …

The can-do spirit of the event profession comes through in many of the write-in responses.

"Be good to yourself," one reader says. "It's tough out there."

Another says, "Remember that an increase in business after a economic downturn is much slower to come back, and as long as there is steady growth at some level in your business, you are headed in the right direction."

And a final secret to success, as one respondent puts it: "Turn lemons into lemonade, put it in a designer glass, and call it a signature drink!"

See the full story in the January-February issue of Special Events.

The entire survey is available for a nominal fee; send a message here for more information.