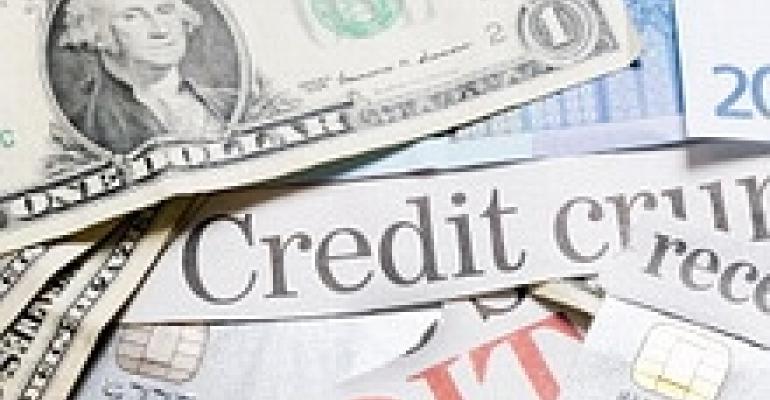 Businesspeople are holding their breath this week as the U.S. Congress wrangles over the astonishing $700 billion bailout proposed by the Bush Administration to save the sinking financial sector. Although Treasury Secretary Henry Paulson is urging quick action to ease the credit crisis--brought on by the mortgage meltdown--some legislators are balking at what they see as the taxpayer cleaning up after the blunders of Wall Street's high rollers.

WHAT CRUNCH, AND WHEN?

Jim McManus, executive director of sales for Teterboro, N.J.-based Party Rental Ltd., says his event schedule is staying strong so far. "I think the credit crunch has yet to be felt in real time," he notes. "Corporate events that are being planned now for the holiday season seem to be budget-focused. I believe if this has an impact, it will be in future planning into 2009."

Matt Harper, managing director of Portland, Ore.-based event producer Henry V, agrees. He is not yet feeling the credit crunch, but "We are really looking at the impact it may have on 2009 first-quarter and second-quarter events," he says.

"I think the credit crunch will not affect established companies in our industry," says Jack Luft, head of Chicago-based Hall's Rental. "Lenders still need to lend money, but they need to do it to solid companies. If a company was struggling to get by before the credit crunch, it will be much more difficult now." While he is in favor of some form of bailout, "I agree that there must be strict oversight," he says. "Lack of oversight is how we got into this mess to begin with."

Chris Srubas, director of business development for Chicago-based meetings manager BUCOM International, says action is needed not this week but "18 months ago. They knew the amount of money being poured into the real estate market, and that so many financial institutions were too highly leveraged." Although his company's operations are not yet feeling the pinch of tight credit, "I suspect it will trickle down to us by the end of the year, if not sooner," he says.

To revive the U.S. economy, Srubas would like to see government incentives for new investment vehicles such as clean energy alternatives. "New jobs need to be created by and in America, and tax breaks should be provided to those who do so," he says. "Think of all the event business that came out of--and still exists from--the Internet boom. We need a new boom, which is not created by and only benefits Wall Street."

Although the bailout debate is going on in Washington, it's being watched worldwide.

"In Canada, we are feeling a ripple effect, but fortunately not as bad as U.S.A. … yet," says Mary Crothers, head of Toronto rental powerhouse Chair-Man Mills. "However, all the press in the U.S. is making us a bit nervous."

John Thorne, president of Cleveland-based agency Automotive Events, notes the link between the U.S. economy and the global automotive industry. "The current economic climate has placed great strain on many operations with the U.S. automotive industry's infrastructure," he notes. "As a result, many in the industry are experiencing reduced revenue spending, rising costs and lower sustainable profits." He points to his company's drive to provide clients with an "investment-driven ROI" as the source of its growth.

Indeed, the need to demonstrate the value of events is critical in a tough market, respondents say.

"Whenever we hit a down cycle like this, it forces clients and organizations to shine a bright light on their events, and if they don't provide solid value, they can be easy pickings for cutbacks," notes Howard Givner, CEO of the Global Events' Paint the Town Red division in New York. "Anyone who cannot clearly explain the importance of their events toward an organization's goals is going to be in trouble. Fortunately, there has been considerable talk about ROI, event measurement and providing value in the six or seven years since our last downturn and, hopefully, smart planners are already been doing this."

Although some in Congress criticize the notion of bailout, caterer and event producer Joy Wallace says, "We don't have a choice." The head of Miami-based A Joy Wallace Catering Production & Design Team points to recent stock market performance. "When President Bush said he was going to bail out Fannie Mae, the stock market worldwide responded positively," she says. "When Congress started questioning a bailout, stocks plunged."

Besides putting a bailout plan in place, Wallace offers a few more items on her economic wish list. "We would like to see the elections end soon so that the media will stop using the fear factor to get the other party elected," she says. "I would like to see ethanol not the alternative fuel source since it raises our food prices. I would like to see alternative fuel heavily pursued in the United States, but in the meantime, we need to become independent of the Middle East. I think fuel is going to be more of a long-term factor than the economy."

Grazzini points to the multiple payoffs the U.S. could realize if a truly fuel-efficient car went into mass production. He cites the Chevy Volt, a plug-in hybrid expected to come out in 2010. "If they could build a mass-production model that could be purchased for $25,000, I bet the American people would be lining up to purchase them," he says. "Detroit would be reborn and American could start manufacturing again. It would also be a big step in reducing our dependency on foreign oil. The best part is the huge benefit to the environment we could receive in the reduction of greenhouse gasses coming out of the tailpipes of our cars."

Michael Berman, president and CEO of Milpitas, Calif.-based Stuart Rental Co. chain, says two elements will get the U.S. economy back on track: stability and lower energy prices. "The markets need to find the bottom, adjust to it and begin working from there," he says. "Neither consumers nor industry can operate normally while enduring these waves of financial duress." And the longer the bailout debate goes on, the longer uncertainty will roil markets. As Berman puts it, "The other shoe won’t drop until we see how the government’s bailout plan will work."

"Companies need to be fairly certain where the bottom of this crisis is," says Mark Baltazar, CEO and managing partner of New York-based experiential marketing agency Broadstreet. "Until then, most of them are in a duck-and-cover mode. As this [crisis] lifts, companies will become more focused on the future rather than just getting through today." He notes that "most" of his clients are feeling the pinch of tight credit. "They are still doing projects, but they are looking closer at everything to ensure maximum results for their brands."

Baltazar's advice: "Find value for your clients; that’s more than just reduced cost. Audiences are expecting less but still want to be inspired. Those of us who find the most efficient way for their clients to navigate these challenges will come out on the other side."