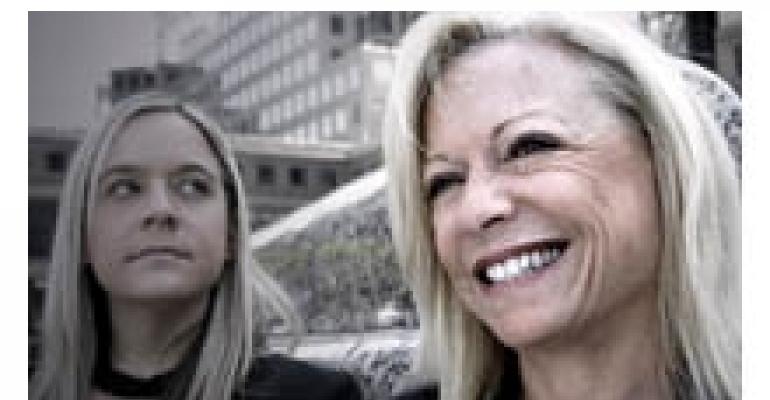 When her husband, Garry Harkey, died suddenly in 2005, Roni Harkey's world turned upside down. Roni Harkey had co-owned Coral Springs, Fla.-based Harkey Event Productions Worldwide with Garry for more than 20 years. Stunned by grief, she says she spent the first year after her husband's death doing little but mourning the man she calls “the love of my life.”

Then, with the support of her family, her clients and the South Florida event community, Harkey turned a corner and decided to move forward with her life and her business. The transition wasn't easy, she admits. “Garry and I had always been a team, doing everything from discussing the initial design of the event to physically overseeing its execution,” she says. “We did everything together for 30 years, and suddenly I was alone, at home and at work.”

In 2006, that solitude was eased somewhat when daughter Jessica joined Harkey Event Productions to helm the new social division Roni Harkey launched after the company's almost total focus on corporate clients for the past 12 years. Noting that Jessica is a natural in her new role, Harkey recounts that her daughter “grew up with us doing bar mitzvahs and weddings. When she was a child, she played on the floor while we pinned up balloons.”

Harkey says the new division is part of her firm's overall goal for the next several years to “head back to our ‘social’ roots and increase our overall volume.” With Jessica on board, Harkey says she hopes the company “can boost our volume and fill in the gaps locally while still serving our corporate clients nationally and internationally.”

For Harkey, serving that corporate clientele in today's competitive market means being resolutely smart about business. “The biggest challenge in the years to come, as I see it, is an ever-increasing number of new event companies that do what we do, allowing the client more choices,” she says.

All that competition means her company must learn how to coexist with do-it-all DMCs by “becoming a trusted vendor and partner to many of [them],” Harkey says, which is “a profitable arrangement for all.” She adds that she also has had to recognize the niche her firm fills, rather than trying to be all things to all clients. For so many years, “The Harkey brand brought a certain amount of glamour,” she explains. “My husband was 6-foot-7 with long blond hair. We had an upscale way about us, and we brought that to the table.”

Harkey says she decided to make that most of that unique image. These days, “We are marketing ourselves to the smaller properties who are looking for a ‘boutique’ supplier that can cater to the smaller, more high-end groups that tend to have larger per-person budgets,” she explains. “That way we aren't competing with the larger DMC operations.”

“I would travel to one of my favorite Caribbean beaches, sit under a palm tree and write. I have always had a passion for writing. I've been writing our ‘enticing’ proposals since we started. I already have two projects in the works — a memoir and an oversized pictorial coffee-table book to honor my husband's memory, his designs and his contribution to our industry, with net proceeds going to his favorite charity — the Juvenile Diabetes Institute.”

“I am even-tempered and a very good negotiator — two things that I feel are ultra-important when you are working with so many people.”

“I have been so grateful to everyone in my local area in my industry. There has been a real outpouring of love for my husband, even from people who might be competitors — some friendly competitors, some not — but everybody has been so nice and so supportive. It's been really wonderful and refreshing to see that people really do care.”