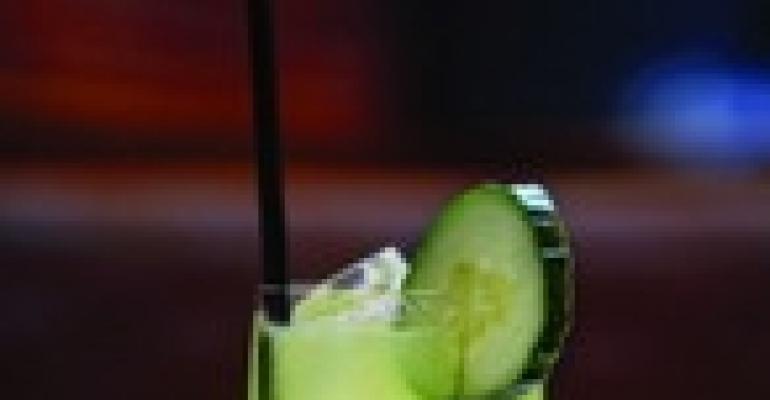 Gone are the days of sugary cocktails with a jumble of juices to mask the taste of the alcohol. Instead of hiding alcohol's flavor, now cocktails highlight it. Below, cocktail experts explain how to keep event-goers satisfied through rounds (and round and rounds) of drinks.

MIXING IT UP Carlos Yturria, mixologist at Bacar restaurant in San Francisco, says that guests are more educated on cocktail trends and expect seasonal ingredients. A favorite at Bacar is “The Flash,” made with San Francisco's locally distilled No. 209 gin, lemon juice, and sliced kiwi and cucumber. Other trends Yturria notes:

Executive chef Ciaran Duffy has a fresh approach to old-school drinks at Charleston, S.C.- based Tristan restaurant, which features classic cocktails such as the old fashioned, mint julep and white lady — a drink made with gin, Cointreau and lemon juice. “These cocktails have been around since before Prohibition,” Duffy notes. “I just change them up by using seasonal fruit and different herbs.” Duffy often enters his variations in competitions, as he did with his bruised berry mojito, which proved to be a crowd favorite at a mojito competition. His “Cabana Cooler” earned third place in a cachaca competition highlighting drinks that featured the Brazilian alcohol made from sugarcane. The “Cabana Cooler” includes cachaca, ginger beer, fresh tarragon, ginger, lemons and limes. Other trends at Tristan:

Drinks don't have to encourage hard partying. They can refresh and soothe instead, according to Anastasia Israel, owning partner of Abode Restaurant and Lounge in Santa Monica, Calif. This was what Abode had in mind with the “Namaste” cocktail, named for the yoga salutation and created for a group of yoga instructors. The drink includes white tea, jasmine and basil extract, a lychee and a rose petal garnish. Other guest favorites at Abode:

The holidays are prime party time, and the Gaylord Palms Resort and Convention Center in Orlando, Fla., has just the drink to get guests in the mood. Director of food and beverage Robert Stanfield says the Gaylord's “Christmas Coquito” will appear at plenty of parties. The drink, which consists of sweetened condensed milk, coconut milk, coconut cream, evaporated milk and rum, will be featured at the 46-day “Best of Florida” Christmas event — where visitors can view two million pounds of hand-carved ice sculptures — as well as at “Noche de Parrandas,” a holiday event for the local Latino community. Other hot cocktail trends Stanfield notes:

FREE SPIRITS “Guests at special events definitely drink more,” Yturria says — and other cocktail experts agree. Israel notes that event-goers order roughly 30 percent more than a regular night at Abode. And guests are far more willing to be adventurous because they aren't footing the bill. After all, if they don't like a drink, “They just order something else,” Yturria says. Here are some tips to keep bartenders sane and the crowd under control: