/sites/all/themes/penton_subtheme_specialevents/images/logos/footer.png
Recent
Recent
Follow Us On Our New Social Media
Sep 23, 2022
Who's News September 22, 2022
Sep 22, 2022
Creating a Harmonious Relationship Between Planner and Caterer
Sep 20, 2022
Everything Pros Wish They Knew When They Started Their Business
Sep 19, 2022
EventUp Survey Confirms Event Trends from 2022
Sep 16, 2022 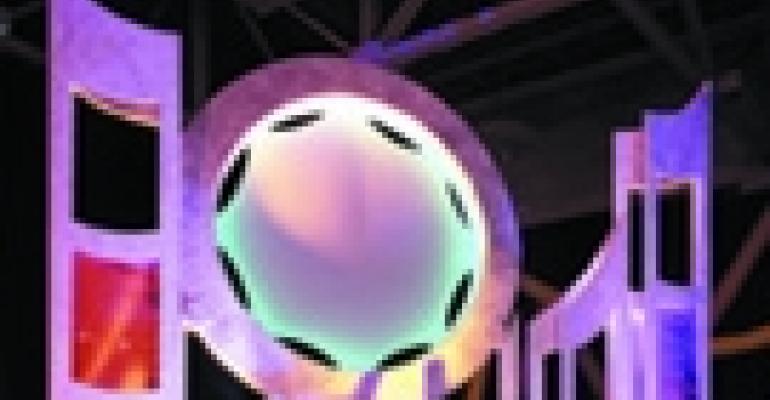 "It's a circus in there!" That's the response you might have gotten if you had asked any one of 4,000 attendees just what was going on inside Salt Lake City's Salt Palace Convention Center one evening last April. Guy Genis, owner of Los Angeles-based Eventmakers, which produced the closing-night gala, along with eight other convention events, for a Utah-based multi-level marketing organization, says the gala's Cirque du Soleil theme, with its French influence and global appeal, was a natural choice. "It was an international audience from 42 countries around the world," Genis says. "We wanted to showcase an ethereal, sensual-type atmosphere, and that's what Cirque is famous for."

Eight months of preparation and constant communication with client representatives, including five trips to Utah, eventually brought Genis and his crew of 75 Los Angeles-based staff to the convention center. With approximately 100,000 square feet of venue space to fill, Genis says he and his staff were grateful for 48 hours of prep time.

Still, last minute challenges put their ingenuity to the test. Genis' lighting vendor had to bring in additional equipment when he discovered that shutting off lights in one area of the venue caused lights in other areas to go down, thanks to a wiring grid that hailed from the time of the convention center's construction.

But, for Genis, "The toughest thing was that the client was giving away a PT Cruiser and two jet skis, and we only had one hour to get them from one end of the convention center to the other--and it had to be done by hand."

On event night, "wherever guests looked in the room, our goal was to have something going on," Genis says. "Right when the guests came in at seven o'clock, we had entertainment mingling in the crowd, including stilt walkers and futurized robotic entertainers in silver costumes on scooters that lit up, talking to people through voice modulators."

Three satellite stages decorated with spandex cones designed to emulate rays of the sun showcased balancing acts, contortionists and clowns. At eight o'clock, a Cirque du Soleil-style parade stilt-walked into the room, and was followed by a trampoline act, and an aerialist show that featured five performers soaring above the crowd on white chiffon. All the while, guests moved freely through the room, socializing and sampling items from "over 600 feet of buffets," according to Genis.

As for the hand-hauled car and jet skis--they were raffled off, along with a $40,000 black pearl necklace, by the event's emcee. But only after he had been unwrapped from a piece of elaborate material in an audience-pleasing stunt Genis refers to as a "Cirque-style reveal."

Genis says he wouldn't hesitate to do an event like this again--with one small but crucial change. "The one thing I would have done differently is the seating," he says. "We suggested to the client that we wanted to have seating for everybody, because in multi-level marketing, almost always, everyone scurries to get a seat and claim it as their property." However, the client requested only about 30 percent seating, and Eventmakers ultimately fulfilled their wishes.

In light of the dash for few seats during the lengthy and entertainment-heavy event, Genis says he'd provide abundant seating next time--and a next time is more than likely. "We always use Eventmakers because everything always turns out wonderfully," says the client company's global events manager. "This [event] was incredible. We absolutely loved it."