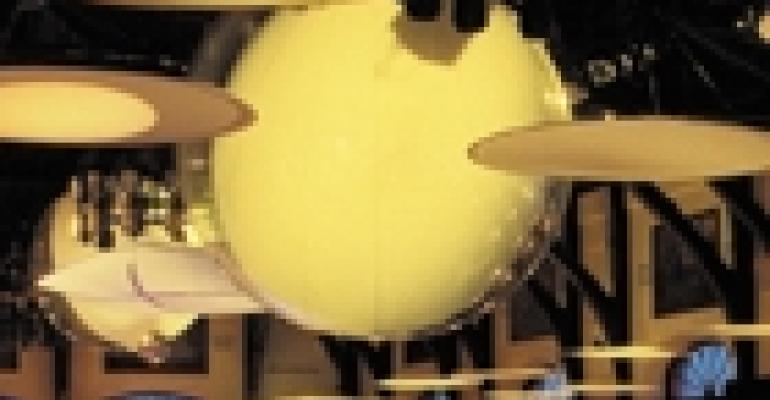 annual Daffodil Ball is the biggest fund-raiser of the year in Montreal, and last year's event raised the bar even higher. The Millennium Daffodil Ball, held April 13 at the Chalet du Mont-Royal, beat the society's goal of raising $1 million (Canadian) by netting $1.4 million, event planner Alison Silcoff says. No other cancer-related fund-raising event in Canada has come close to that level of revenue, she adds.

Silcoff, president of Alison Silcoff Marketing and Event Planning in Montreal, created the Daffodil Ball concept seven years ago to win more recognition from corporations for the Society. The daffodil is the symbol of the Cancer Society around the world, she explains.

As the year 2000 approached, the event team decided to tie the millennium theme into the fund-raiser. We wanted to emphasize that cancer touches everybody, so let's find a cure in the beginning of this millennium, Silcoff says.

The Chalet du Mont-Royal sits atop a mountain in the center of Montreal. After nine months of planning, the production team headed up to the chalet to begin the four-day installation. The chalet is just a shell that serves as a refuge for cross-country skiers in the winter, Silcoff says.

The installation hit an icy patch when 18 inches of snow fell on Montreal five days before the ball. Sometimes in Canada in April you get a few snowflakes, but this was totally unexpected, Silcoff says. The city's snow-clearing equipment was already put away for the spring and had to be brought back out so the tent company could get to the site.

Montreal is a bilingual city, another obstacle. We had to create the programs, invitations and all correspondence in both French and English, Silcoff says. You had to know which language the person you are writing to would prefer.

The ball always has been held at the chalet, so Silcoff wanted to make the venue stand out for the year 2000. In decor, We got away from the garden look and went with a more futuristic look, she says. Gilbert Lanouette of Fleurs Gilbert in Montreal created the decor and lighting concept.

The team covered the tables in midnight-blue damask from Bench & Table/Celebrations, Montreal. Over every [dining] table, we hung 5-foot disks of stretch fabric, Silcoff says. Above the disks, lighting projected gobos of modern, geometric shapes such as overlapping ovals. The disks helped to bring the high ceiling down, Silcoff says. It was like you had your own ceiling over your table.

The same gobos were projected onto three giant spheres above the dance floor.

But it wouldn't be the Daffodil Ball without daffodils. Each year, the Canadian Cancer Society orders 40,000 daffodils from Scotland as part of the decor. Last year, however, the daffodils got lost somewhere between London's Heathrow Airport and Montreal, and ended up in Toronto two days late. We didn't wait, Silcoff says. We were calling Holland, British Columbia and Scotland. Fortunately, a company in British Columbia supplied another 40,000 daffodils.

Lanouette placed about 400 daffodils in the shape of a giant wheel on each table. Twenty candles of different heights sat among the flowers. A silver star with a single daffodil threaded in it stood 9 inches off each table napkin.

At 7 p.m., the guests began arriving for cocktails and hors d'oeuvre in the 66-by-82-foot cocktail tent provided by Fiesta Tents of Montreal. The whole front of the tent was French windows, Silcoff says. There was an open bar and champagne and a glorious view of the St. Lawrence River.

The 570 guests dined on caviar, smoked salmon and sturgeon before making their way into the chalet for speeches and a five-course dinner.

The dinner was prepared under the leadership of Armando Arruda, the off-premise catering director of the Queen Elizabeth Hotel, Montreal. Silcoff says the menu, which included lobster and lamb, was prepared with the kitchen facilities' size in mind. We wanted to include lavish ingredients but also plan something that we could serve hot and fast from the miniscule kitchen.

During the meal, guests danced to the mix of top-40, disco and Latin music being played by Samy Goz, a six-piece band from Paris.

Children of the volunteers visited each of the 57 tables to sell raffle tickets. The top prize was first-class tickets to South Africa and an African safari for four people. Swissair donated the prize, worth $65,000. The raffle raised $120,000, Silcoff says.

The Canadian Cancer Society is getting ready to stage the 2001 Daffodil Ball this month but is realistic in its fund-raising goal. We are not expecting to raise as much this year, Silcoff says. I'm hoping to raise $1 million.

By February, 11 new sponsors already had bought whole tables for $25,000 each, something Silcoff attributes to a new Web site and winning the 2000 Gala Award for Best Fund-Raising Event at The Special Event in January.

Silcoff specializes in corporate events across Canada, the United States and Europe, but chooses to stay involved with the fund-raiser. It's an event I love, she says. It's an important client and an important cause.

Noisettes of Lamb with Olive Sauce

Nougat Glac with Cherry Sauce and a Sugar Daffodil