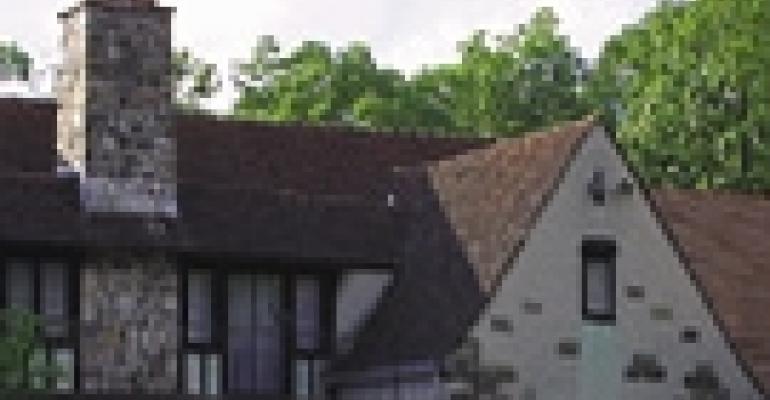 For Westfield, N.J.-based event design firm Impact Productions, having a tight decor budget for a gala was less a constraint than an opportunity to flex a little creative muscle. Once the firm's client, Marcia Gerard, executive vice president of New York-based DMC Krisam Group, had approved a Mafia theme inspired by “The Sopranos,” Impact relied on bright ideas, long hours and bargain shopping to ensure the event's success.

In order to avoid a trademark conflict with HBO's hit show, Impact came up with the idea of a Mafia parody. They appropriately chose “The Planners” as the title for the July 12 event, held in appreciation of Krisam's corporate meeting planner clients and top 50 member properties.

With one planning challenge met, the Impact team quickly moved on to the next. “One of our hardest conflicts was trying to do it in a tasteful, classy way that wouldn't be offensive,” says Impact event coordinator Jennifer Kozlowski. She adds that the event design group, which included herself, creative director Vincent Morano and executive director Samantha Sherman, also wanted to make the gala enjoyable for guests who may not have been familiar with the television show. And all with a decor budget hovering right at $10,000.

The team focused on highly imaginative centerpieces, creating a unique sub-theme — ”Pizzeria,” “Atlantic City Gambling” and “Italian Garden,” among others — for each of the event's 24 tables. At the suggestion of Impact's floral vendor, Kozlowski and crew designed centerpieces out of mannequin legs dressed in themed outfits and topped with floral arrangements. They added inexpensive props — card decks, miniature roulette wheels, rubber chickens, cans of tomato paste — that guests could pocket with impunity. “We wanted people to roam the room going from table to table to do networking,” Kozlowski says. “Having different centerpieces helped make that happen.”

For guests, the fun started even before they reached the event site. Bussed from New York to the historic Pleasantdale Chateau in West Orange, N.J., attendees enjoyed the commentary of professional Mafia-trivia tour guides during the 90-minute drive.

At the entrance to the chateau, guests encountered actors dressed as “wise guys,” who joked with them in character as the guests proceeded to registration. An outdoor cocktail reception featured various entertainment including cigar rollers, a handwriting analyst with a sign reading “Last Writes,” and license-plate makers dressed in prison garb. “There was a waiting list of orders after the event for people who still wanted to get license plates,” Kozlowski says. “It was really relevant to the theme, and something people haven't really seen before. It was a huge hit.”

A seated dinner in the chateau's ballroom featured Italian and Mediterranean-inspired dishes as well as constant entertainment, such as a 10-piece band, a DJ, dancers and celebrity look-alikes.

Impact didn't stop with themed decor and entertainment. The team carried the Mafia motif through the event's dramatic finale: a staged FBI raid. “We wanted to make sure to mark the end of the evening so people would know it was over,” Sherman says. “One of our actors dressed as a police officer. Our dancers were all given hats and guns and handcuffs.” Kozlowski adds, “There were sirens and lighting, and they literally handcuffed the band and took them off the stage.”

Departing guests received gift bags filled with Italian bread, pasta and olive oil, and a note reading, “From our family to yours.”

Kozlowski recounts the labor she and her colleagues put into preparation during the final pre-event stretch. “During the last three weeks, we were working 70-hour weeks, sleeping in the office,” she says, but adds that it was a labor of love. “It was just so exciting that once we started we didn't want to stop. We were so motivated and driven to see the final product. We were amazing ourselves!”

Sherman says late-night brainstorming sessions and careful purchasing were also factors in creating a memorable gala. Though this was her inaugural event with Impact Productions, she credits much of the event's success to the professionalism of the seven-year-old company, which produces about 200 events annually, all in the corporate arena.

The event team proudly points to many signs of the event's success. Sherman says guests happily made off with table decor and favors — a reaction she and her design crew intended when they created the tabletops. “They didn't take the mannequins,” she admits, “but everything else disappeared.”

Krisam's Gerard says her main intention was “for the 250 attendees to walk away being totally wowed — and they were.” She says the event “exceeded expectations, from the theme to the venue to the execution,” and adds, “It was spectacular. I can't remember having gotten so many kudos letters from the attendees. It was just unbelievable.”

Turn to page 48 for a list of resources for this event.