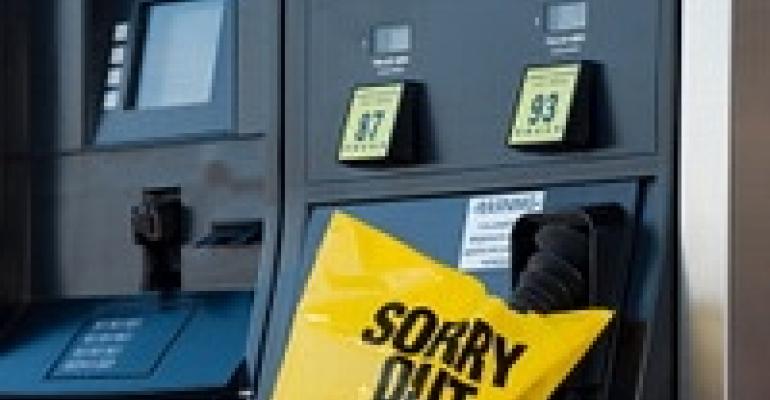 It's the secret ingredient in appetizers, decor and guest lists--gasoline. If there's no gas, then the caterer can't deliver the food, the decor pieces sit on the loading dock, and guests can't get to the party. And a gas shortage is fraying tempers in Atlanta.

Although the Atlanta area escaped weather ravages that Texas endured as the result of Hurricane Ike last month, Ike and brother Hurricane Gustav in August temporarily knocked out 20 percent of U.S. oil refinery capacity. The pipeline to Atlanta is again supplying gas, yet frustrated motorists there are still scrambling to find fuel.

The truck fleet for Atlanta-based Bold American Catering uses diesel, which hasn't been hard to find. But the same can't be said for the gas that staff uses to drive their own cars to events. "We have had to be more creative with our staffing to match people with where they live as compared to where the party is taking place," says director of sales Sandy Zeigler. "We have also organized employee shuttles so people can take public transportation to our facility, and we get them from here to their events."

With working pumps so hard to find, buying gas has become a wicked game of musical chairs. "If we find a gas station that has fuel, at the end of the day when the fleet returns to the warehouse, we take all of our trucks there and fill them up," notes Brenda Maynard, vice president and general manager with Atlanta-based Event Rentals Unlimited. As a result, "We don't have to worry about running out of gas the next day while running our routes."

The shortage has not yet disrupted any of her events, Maynard says, but it is a massive headache. "It's not out of the ordinary to have to drive around town looking for a gas station that has fuel and then make the decision as to whether you want to sit in line for 45 minutes to an hour until it becomes your turn," she says. "And then you hope they have still have fuel when your turn comes!"

Professional planner that she is, Karen Casey, head of Atlanta-based Karen Casey Events, has stayed flexible to keep her events on track. "I was booked for a wedding in Cashiers, N.C., which is 3 1/2 hours from Atlanta, last Saturday," she says. "It was too far to drive on one tank of gasoline, and I had under a tank left. Fortunately, while sitting at a traffic light the day before departing, I spotted a Racetrak tanker truck heading west. I immediately changed direction and followed that tanker, which was headed to a gas station about two miles away. I got gas."

And Casey always has contingency plans in mind. "My Plan B in case I was 'gas challenged' was to catch a ride with the lighting company from Atlanta a day early," she says. And in case the lighting company's truck tank was empty, Casey said she resolved to hop onto the Harley Davidson motorcycle of the lighting designer himself. "I have never been on a motorcycle before," she notes, "but would have made the sacrifice for my bride."