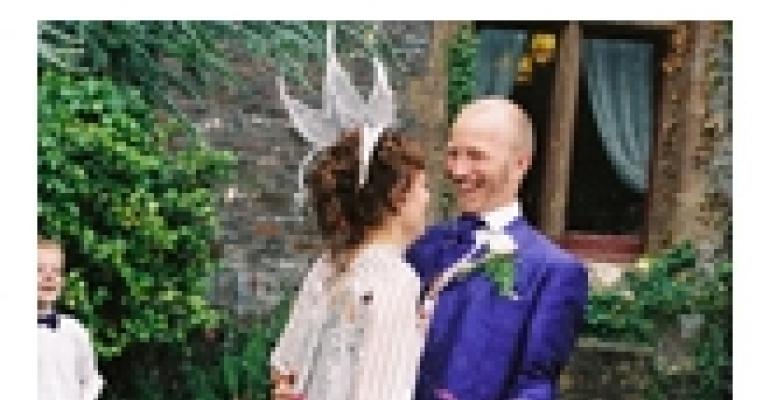 ALONG with memories, special events produce trash — just as durable, but decidedly undesirable. Yet special events can take advantage of “green” innovations — techniques devised to avoid some of the potentially harmful effects that events have on the environment.

Ruth Culver formed London-based Green Weddings, a wedding planning firm offering clients earth-friendly options whenever possible, to fill a need. “I've always been interested in the environment,” she explains. “My parents recycled, even when I was growing up, creating a really strong awareness that just grows all the time.” After incorporating green elements into her own wedding, “just to see” how people liked them, Culver launched Green Weddings in 2005 to ensure that each wedding would have a positive impact on the community.

Culver took simple steps at her wedding last year to protect the environment. For example, she created less trash by having guests toss dried rose petals — which decompose into mulch — rather than confetti. “Last June before my wedding, I would go out into my garden every day … and I would pick roses. I left the petals to dry in the garden shed,” she says.

Simple techniques to reduce trash are a step in the green direction. The Los Angeles Times reports that recycling half of the aluminum, glass, plastic and paper that each consumer uses will reduce greenhouse emissions more than driving 15 fewer miles each week.

In light of “climate change and increased problems with fuel and oil,” the extravagant use of flowers at events must change, Culver says. Due to an “obsession with having things out of season,” brides have flowers flown in from the other side of the world, yet the blooms die two days later, she says. Noting also the carbon emissions produced by air transport, “That's really not a very responsible way of working,” Culver maintains. “Switching to rented live plants, a renewable resource, makes for a responsible and aesthetically pleasing alternative.” Sustainable weddings are for everyone, Culver suggests; they are not a service that has to involve “lots of beards and sandals and look very vegetarian.”

Leslie Lukacs, project manager at SCS Engineers, headquartered in Long Beach, Calif., created a recycling program at the 2006 Bowl Championship Series Rose Bowl Game in January. The city of Pasadena hired SCS to devise a recycling program for cardboard and single-serve beverage containers, including glass, aluminum and plastic, during the big game and its related activities. These included eight special events for 100,000 guests during the tailgating festivities, followed by the 95,000-attendee game. Lukacs notes, “With an event of over 100,000 people, as complex as the event is, you can still recycle.”

For each pre-game event venue, including the tents for corporate hospitality, alumni celebrations and the media, Lukacs designed an individual recycling program. A total of 1,530 pounds of cardboard were recycled, collected with 10 3-cubic-yard containers strategically placed among the venues and nine 3-cubic-yard containers for the cardboard generated by vendors inside the stadium.

Staffers passed out recycling bags to patrons waiting to park for their pre-game tailgate picnics. The bags read, “Whales have Greenpeace, bottles and cans have you.” Tailgaters were asked to fill the bags, later collected by volunteers, with single-serve beverage containers —a process designed to make recycling simple for patrons.

Lukacs called the Rose Bowl soft-drink supplier Coca-Cola Co. “to see if they would sponsor the recycling program at the BCS game since they were the ones creating the recyclables,” she says. Coca-Cola donated 20 recycling bins for inside the stadium. These bottle-shaped containers, easily distinguished from the trash holders, assisted in snagging a portion of the 35,360 individual plastic items created by the game.

Lukacs formed a partnership with the Los Angeles Conservation Corps, an organization protecting at-risk youths, to provide the labor necessary to transport and sort the waste generated by the event. As a result of this teamwork, 7 tons of beverage containers were collected and sorted after the game in addition to 830 pounds of mixed recyclables.

Designing and organizing a recycling program for single-use materials at special events can actually save money, Lukacs claims, noting that recycling 14,140 pounds of materials from the BCS game cut trash-hauling fees. She predicts that in the future, more venues will market their recycling programs to attract business. “When I first started recycling, it was unheard of,” she says. “Now, recycling is on the radar of venue operators. They can have a green report to show that they not only provide a space, but they go the extra step and recycle.”

Vince Quattrociocchi, vice president of operations for Metro Toronto Convention Centre — located in downtown Toronto — produced a true first: an event with no byproducts. For client York Communications, MTCC joined with Turtle Island Recycling to produce the 2005 Construct Canada show, involving 23,000 people and difficult-to-recycle materials such as bricks, mortar, wood and concrete, without waste. “We made it very serious that we were trying to achieve this goal,” Quattrociocchi says. “As a bold statement, we had all of our garbage compactors removed, so there was no opportunity for garbage to be thrown away.”

To produce the event, Quattrociocchi used what he describes as a “three-rung approach.” Branding raised awareness for the event's goal, with slogans “Zero waste” and “Let's all pitch in” printed on napkins, posters, T-shirts and floor decals. MTCC also nixed all polystyrene products because they cannot be recycled. Allowing only recyclable paper products saved about 30 cubic yards of landfill space, Quattrociocchi says. An orientation for staff members about the benefits of recycling composed the third “rung” of making the Construct Canada show a zero-waste event.

MTCC achieved its goal by recycling 95 percent of the materials used at the show, a total of 26 metric tons of material that was diverted from the landfill. In contrast, the 2004 show produced 23 metric tons of waste, and only 10 percent of those materials were recycled. Quattrociocchi explains that a 95 percent recycling rate constitutes zero waste because some products cannot be recycled. For example, most of the carpet from the event was reused by the show decorator, but the scraps and cut pieces had to be thrown away.

As a facility operator, Quattrociocchi says, “It is my corporate responsibility to be as environmentally responsible as {I} possibly can, and that's something we take very seriously in our operation.”

In another example of MTCC's commitment to protecting the environment, MTCC is a customer of Enwave Energy Corp., a company that cools facilities with water instead of electricity. The water's cold value is removed via heat exchangers; the building is cooled, and the water becomes the city's drinking water. “It doesn't get any greener or more sustainable than that,” Quattrociocchi says.

The sheer volume of cups used at one meeting made Amy Spatrisano, principal for Portland, Ore.-based Meeting Strategies Worldwide, realize the impact one company can have. “For a five-day meeting with 2,500 people, we ended up using 72,000 paper cups, instead of Styrofoam,” Spatrisano explains.

Three organizations have asked Spatrisano and her company for help with “greening” their meetings. As a result, all three organizations have had their events — the U.S. GreenBuild International Conference & Expo 2004, the first annual Sierra Club conference, and the General Assembly of the Unitarian Universalist Association — receive recognition from IMEX Green Meetings for attempting to go green.

Greening meetings makes a big difference. For example, both the UUA's and Sierra Club's meetings run three days and draw about 3,000 people. In the past, these meetings have used a whopping 27,000 plates, 36,000 beverage holders, 18,000 napkins, 45,000 utensils and 13,500 beverage cans or bottles. Working with Meeting Strategies Worldwide, however, 80 percent of the Sierra Club 2005 Summit's waste was diverted to recycling, and only 2,780 pounds of waste went to the landfill.

Small modifications incorporated into the award-winning meetings included asking hotels to provide a towel and sheet reuse program to reduce washing, offering beverages in pitchers instead of single-serve containers, and turning off lights in empty meeting rooms to minimize energy use.

Spatrisano says that her work finding products and services to facilitate recycling at these meetings “has snowballed. It started spilling into my personal life. I look at things differently now.” She adds, “Greening meetings is a proactive approach, as opposed to a reactive approach. It is necessary to take these steps at meeting and events now.”