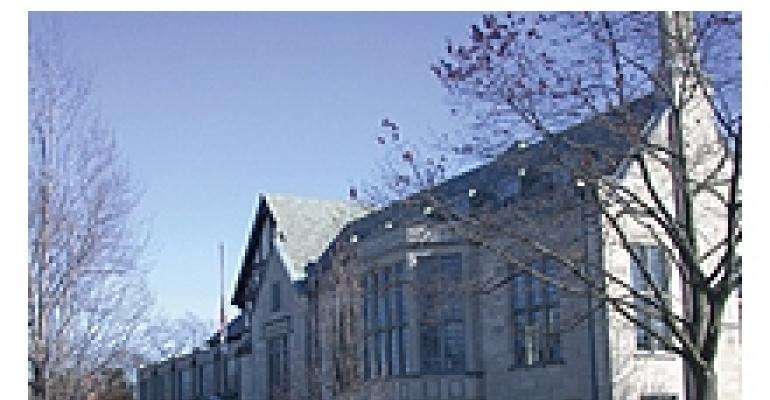 AS VENUES OUTSIDE the traditional hotel ballroom grow in popularity for special events, private clubs are capitalizing on the trend. Some are renovating event spaces, others are enhancing their culinary cachet, and still others are adding technological upgrades and new production possibilities. Whatever changes they're making to maintain a competitive edge, clubs are letting potential clients know about it by making smart, targeted marketing a prime priority.

Accounting for a quarter of the club's annual revenue, parties are serious business for Wilmette, Ill.'s nearly 100-year-old, 68,000-square-foot Michigan Shores Club, located on the north shore of Lake Michigan. And it's business that chief operating officer David J. Coughlin wants not just to maintain, but to expand.

One area he has chosen to focus on is his kitchen space. “To effectively grow our [banquet and special event] business, it was necessary to completely dismantle our second-floor kitchen and rebuild it,” Coughlin says. The $1.5 million project, started in January and scheduled for completion in May, has meant expanding a lower-level kitchen to accommodate already booked events during construction. While the dual expansion projects entailed considerable work, the effort has been worthwhile. Not only will the rebuilt upper kitchen better serve large-scale special events — “the most profitable portion of our f&b revenue,” he says — but the expanded lower kitchen “will be able to service our increase in casual event business.”

With newly capacious kitchen facilities on hand, it's no wonder Michigan Shores has been beefing up culinary staff. In addition to employing a full-time executive chef, sous chef, pastry chef and garde manger, in recent months the club has begun bringing on students from nearby Evanston, Ill.'s Kendall Culinary College as interns, while hiring new graduates to join the kitchen's permanent crew.

Such substantial investments in event service capabilities merit equally substantial marketing efforts, Coughlin says. But campaigns must also adhere to IRS guidelines, which “strictly limit advertising and marketing within the private club industry,” he adds. Michigan Shores is meeting the marketing challenge with a Web site and promotional materials that “actively promote its event capabilities,” he says. In addition, “Target marketing of select businesses and groups whose membership includes Michigan Shores members has paid off. This is exemplified by our niche marketing in place with Northwestern University and Evanston Hospital, both close neighbors,” he notes.

Counting its expansive space as a natural draw for event groups, Fair Oaks Ranch Golf and Country Club's Gayle Tober recognizes that it's not enough to simply rely on a good layout. Not when events count for 41 percent of the Fair Oaks Ranch, Texas-based club's f&b revenue.

Soup-to-nuts event services, including floral, lighting and audiovisual, have positioned the club — part of Dallas-based conglomerate ClubCorp — to accommodate everything from weddings and baby showers to corporate picnics and swimming pool parties, Tober notes. On top of that, the recent addition of a new chef — recruited from a Dallas property that had historically enjoyed higher f&b revenue than her club's own — has added prestige and profit potential to Fair Oaks' event business, she adds.

But she predicts that the club's real business-expanding possibilities will come from its continued ability to sell its space and services to new and niche markets. One of these is baptism groups, which use the club's picturesque swimming pool for religious ceremonies. With Fair Oaks' sprawling Texas hill country lawns, which can accommodate more than 2,000 guests, “we can fit a whole congregation,” the private events coordinator notes. And with an abundance of churches in the area, potential for the unconventional event market continues to grow, she says. What's more, she typically schedules the baptism events for Monday afternoons when the club is closed, bringing event dollars in on a day when previously there had been none.

There's no doubt that the ClubCorp club had its social event enterprise in mind when it added a brand-new menu and wine selection this year, and when it enhanced staff training on subjects such as wine varietals, so that “they could say, ‘Instead of house wine, have you thought perhaps of Clos du Bois?’” Child says. And it had corporate events in its sights when it brought high-speed wireless Internet access to all of its banquet rooms late last year. In addition, the availability of the club's deck and golf course for outdoor weddings, launched in mid-2004, has been “a huge selling point for us, and it's let us sell a lot more Friday and Sunday weddings,” the event director notes.

Yet, for all its enhancements, the club's single greatest competitive advantage is its concentration on customer service. “In doing a competitive analysis of other clubs in the area, I was amazed that many of the facilities failed to return calls, never mailed out collateral pieces and required reservations for walk-in business,” Child recounts. “Some people didn't take my name or number, or didn't send out packets they had promised.”

Fortunately for Crow Canyon, which hired Child less than a year ago, “I have been an event planner for 10-plus years and I know relationships are everything, especially when you work with brides,” she explains. “We are always available for clients to come in and visit.

Among recently introduced service flourishes are house-made wedding cakes, which the savvy Wallace is using as part of a campaign to build low-season event business. For instance, clients who booked an August, September, October or November wedding by the end of February this year can expect a groom's cake gratis as part of their package. Those who booked a wedding and rehearsal dinner for the slow months can count on not just the groom's cake, but a wedding cake, champagne toast, golf for four, and a break on the club's facility fee, Wallace notes.

One area where Wallace will not flex, however, is in his commitment to personalized, community-based marketing. “Being from a small community, sometimes I spend afternoons delivering fresh-baked cookies, taking clients to lunch or making simple phone calls,” he says. Such efforts, though time-consuming, are of critical importance, he explains. “Again, because I am in a small community, ‘word of mouth’ works wonders for repeat business of events, other siblings getting married, etc.”